Several decades ago, my mother Frieda went to a spa in Ojai, Calif. It was called “The Oaks at Ojai” and was founded and owned by Sheila Cluff. If you have ever heard of Ojai, you know it is a small, sleepy town nestled into the inland hills just east of Ventura. It’s hot and dry and somewhat remote. (It’s also the home of Pixie Mandarins!)

I’m thinking it was in 1986, the month after I was named President of Frieda’s, when my mother took her first two-week vacation away from the business. She went to The Oaks at Ojai to rest, relax and lose a few pounds. She left me in charge of the business for the first time. I have so many vivid memories of those two weeks.

When my mom came back from her trip, she told me that each night at the spa, there were guest speakers talking about everything from books to exercise to proper eating. One of the speakers who she found most fascinating was a dermatologist. Her name was Dr. Cheryl Effron and she had an office in Anaheim Hills, not too far from my mom’s home. My mom was so impressed with Dr. Effron that she started seeing her regularly to have her skin checked. Dr. Effron and my mom developed an amazing and long friendship, and when mom came back to the Frieda’s office after each visit, she would start talking about Dr. Effron’s daughter, Jessica Koslow.

According to my mom, Jessica was apparently a child prodigy (isn’t every doctor’s only child a prodigy?) and a world-class ice skater. My mom would get the update on Jessica’s ice skating career after each appointment. And, typical of my mom, they all became friends—Dr. Effron, Jessica and my mom.

Fifteen years ago, after Dr. Effron found a malignant melanoma on the back of my mom’s leg (and arranged for her to have surgery to remove it), my mom announced to my sister Jackie and me that we needed to start going to see Dr. Effron every six months, since we could be at risk for skin cancer, too. And being the obedient daughters we were, we both started seeing Dr. Effron every six months … and still do to this day.

Fast forward to about 10 years ago, when our company forager Mary was walking the Santa Monica Farmers Market. Mary noticed this dark, curly haired woman was kind of following her from stand to stand, tasting the various peaches, plums, and other fresh fruits. Finally, Mary turned to the girl and introduced herself, “Hi, I’m Mary from Frieda’s. So, who are you?” And the girl answered, “You work for Frieda’s? My mom is Frieda’s dermatologist!” As it turns out, Jessica Koslow, the ice skater, had pivoted in her career to become a jam maker.

She started a jam-making company that she named SQIRL, and she would purchase fresh, in-season fruit weekly to process her jams and create delicious flavors like Raspberry Rhubarb and Blood Orange and Hibiscus Marmalade. 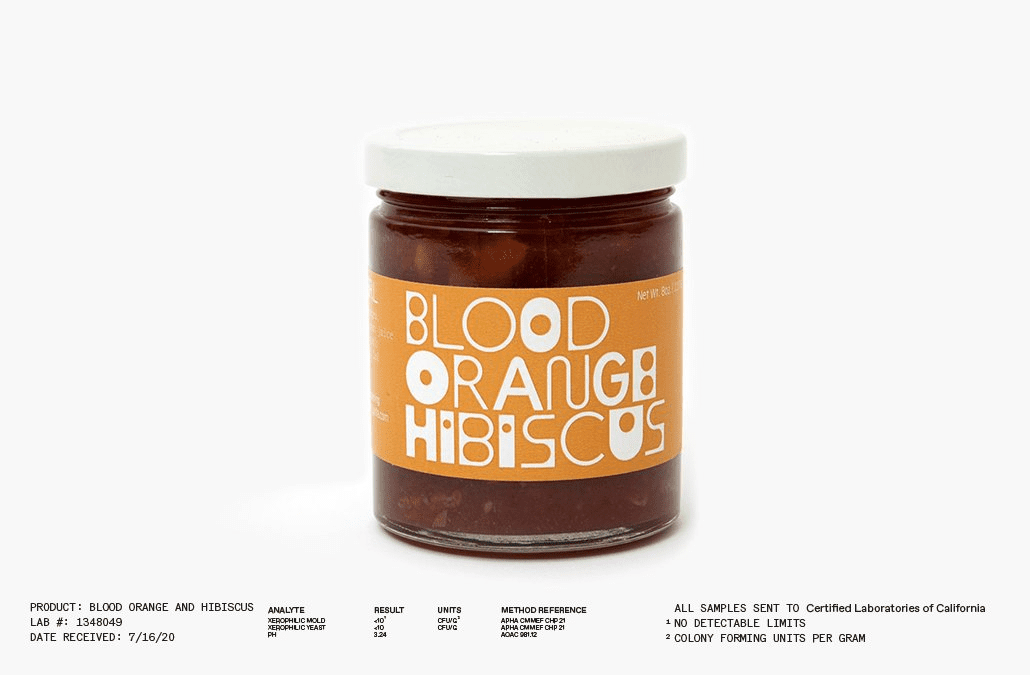 When I learned this, I called my mom and she said, “Of course, Jessica makes the best and tastiest jams in the world. Literally, Karen, she has become so famous, people order her jams from all over the country!” Hey mom, you never told me that Jessica stopped ice skating.

When I would go see Dr. Effron for my twice-yearly appointments, I always asked about Jessica. I hadn’t met her, but after she and Mary met up at the farmer’s market, it piqued my interest. One day when I was in the Silver Lake area of Los Angeles—where SQIRL LA is located (Jessica expanded from being just a jam company to a restaurant that served breakfast, brunch and lunch)—I stopped in there to smell the heavenly pastries they served and view the chalkboard where they had their menu and the teeny tiny seating area. SQIRL seemed bigger than life when I read about it, and to visit it in person was like making a trek to a mecca.

Sometimes Jessica would send jars of jam to my mom. She knew that my mom had a bit of a sweet tooth, so her jam was a perfect gift. Honestly, the jam was soooo delicious, so addictive, that I ate almost a whole jar once while I was visiting my mom’s house (that was one of the few times my mom got mad at me, and I had to call and order replacement jars for her).

My daughter Alex proclaimed to me last week: “Jessica Koslow and SQIRL put Silver Lake on the map. Before SQIRL, it was a sleepy, unknown neighborhood. Jessica made it a destination!”

So, last week, I did something that made me very happy … I ordered two copies of Jessica’s second cookbook, The Sqirl (Jelly, Fruit Butter, and Others) Book. It was published and first available for orders on July 22. 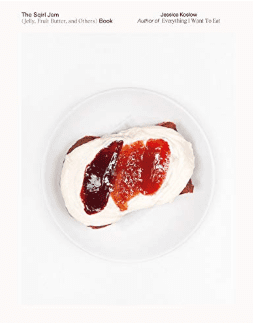 I received an autographed copy of Jessica’s first book, Everything I Want to Eat: Sqirl and the New California Cooking when it came out in October 2016. Her mother Dr. Effron hand-delivered it to me during one of my regular appointments! Jessica’s first book was named Eater L.A.’s 2016 Cookbook of the Year. 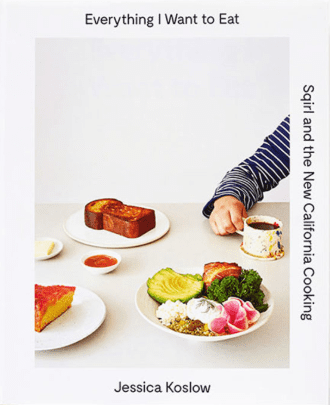 I am salivating as I look at the photos in the cookbook and am thinking when citrus season starts up again that I may try my hand at the Kumquat–Mandarinquat–Limequats Marmalade recipe on page 238.

No wonder The New York Times called her “The Genius of Jam.” I think I will always call her Dr. Effron’s daughter, the ice skater.