Between A Rock and A Hard Place…Literally

I’ve never considered myself a particularly athletic person, but I pride myself on working out multiple times a week, alternating between cardio and strength training. Over 20 years ago, I worked with a trainer and ran my first and second 5K, and a few years ago I told my daughters Alex and Sophia what I wanted to do for Mother’s Day—go on a hike together. So off we went into Crystal Cove State Park and hiked for two hours. I remember how hot it got, even in the early morning, and how much my legs hurt and how wobbly they were for the next few days.

So, when I was invited to go on a hike this past weekend with a few friends, I was up to the challenge. I mean, how hard could it be? In retrospect, I guess I should have asked more questions.

Turns out we were going to hike the famous “Potato Chip Rock” in Ramona, Calif., in Northern San Diego County. The two-mile hike straight up a mountain (with a few switchbacks, here and there) wouldn’t have been so bad, if it hadn’t been 91 degrees that day. And because we lollygagged around that morning, we didn’t even arrive at the trail until 2:00 p.m. That’s when 91 degrees feels like 101 degrees!

It took 90 minutes for us to hike two miles to the top. We walked in pairs, and it really helped that we stopped multiple times in the shade to catch our breath.

However, there was no way I was prepared for what would happen at the top of that mountain.

When we arrived at the top, it took my breath away. That was because, in order to get to the actual potato chip rock (it is called that because it looks like you are standing on a thin potato chip-shaped formation), you have to climb a 12-foot tall rock and then jump about 5 feet across a deep crevice. At that point, your friends stand about 30 feet away from you and take your photo. 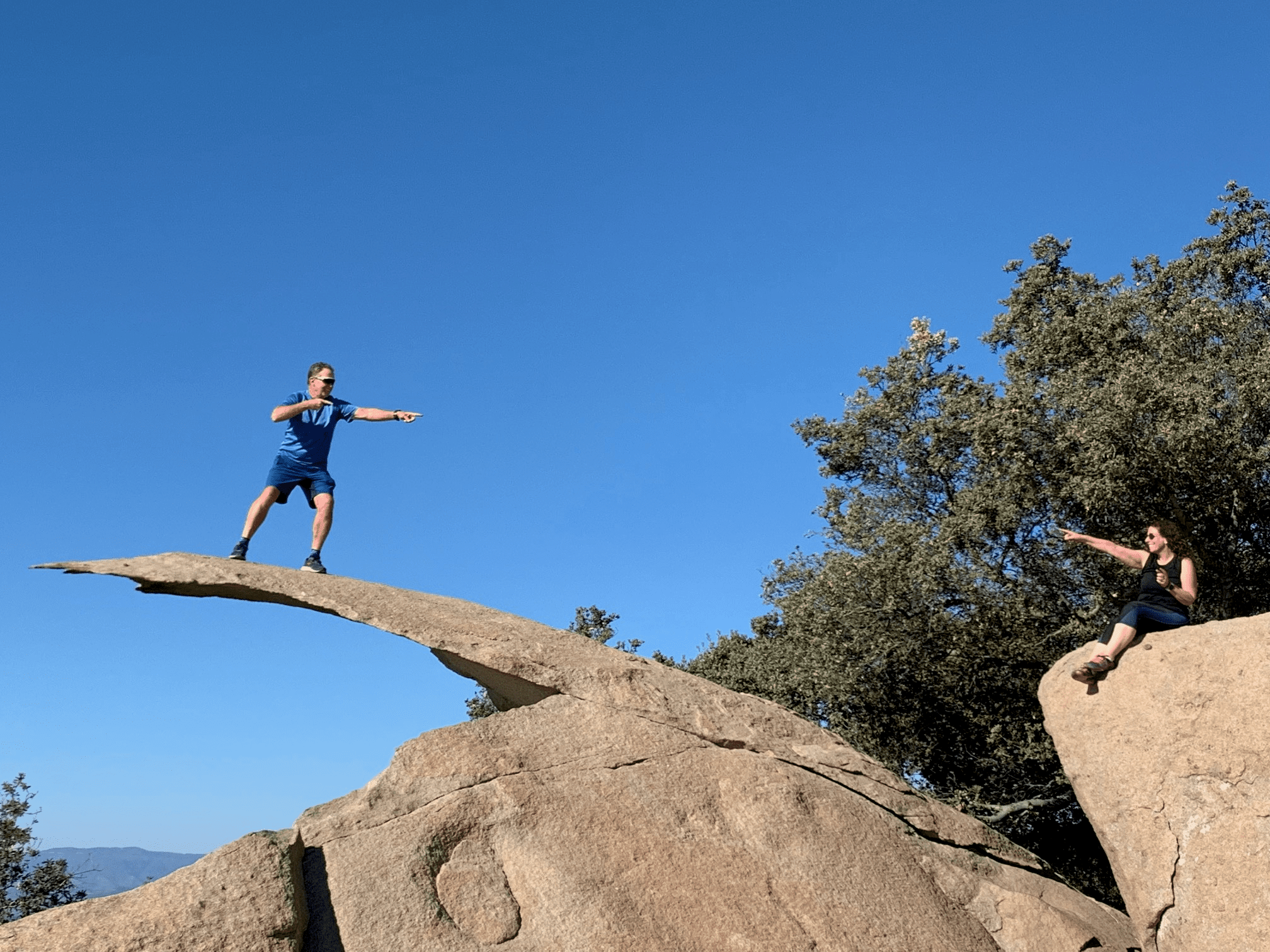 I crawled up on top of the huge boulder, but no matter how much my friend Jack coaxed me and told me he would be there to catch my arm, etc., I simply could not do it. All I could do was envision myself losing my footing and falling. So, after many minutes of trying to visualize myself jumping across the huge crevice, and multiple people coming up to offer assistance to me, I finally told him that I could not do it. I was literally near tears.

That was one of the hardest decisions I’ve ever had to make. To hike that far and not be able to go the last 10 feet for that amazing photo opportunity was a bit defeating.

But actually, after three hours on the mountain, I learned a few life lessons from the experience:

All in all, I feel like the hike was a success. Even though I did not get my photo taken on top of Potato Chip Rock, we found another photo op on top of a nearby giant boulder. I was out in nature for three hours with good friends and no cell service. Lots of pauses in the conversation and time to observe nature. No texting, no phone calls. Just nature.

So next time you find yourself between a rock and a hard place, think about what your options are, and that they may not be what everyone else thinks they are. 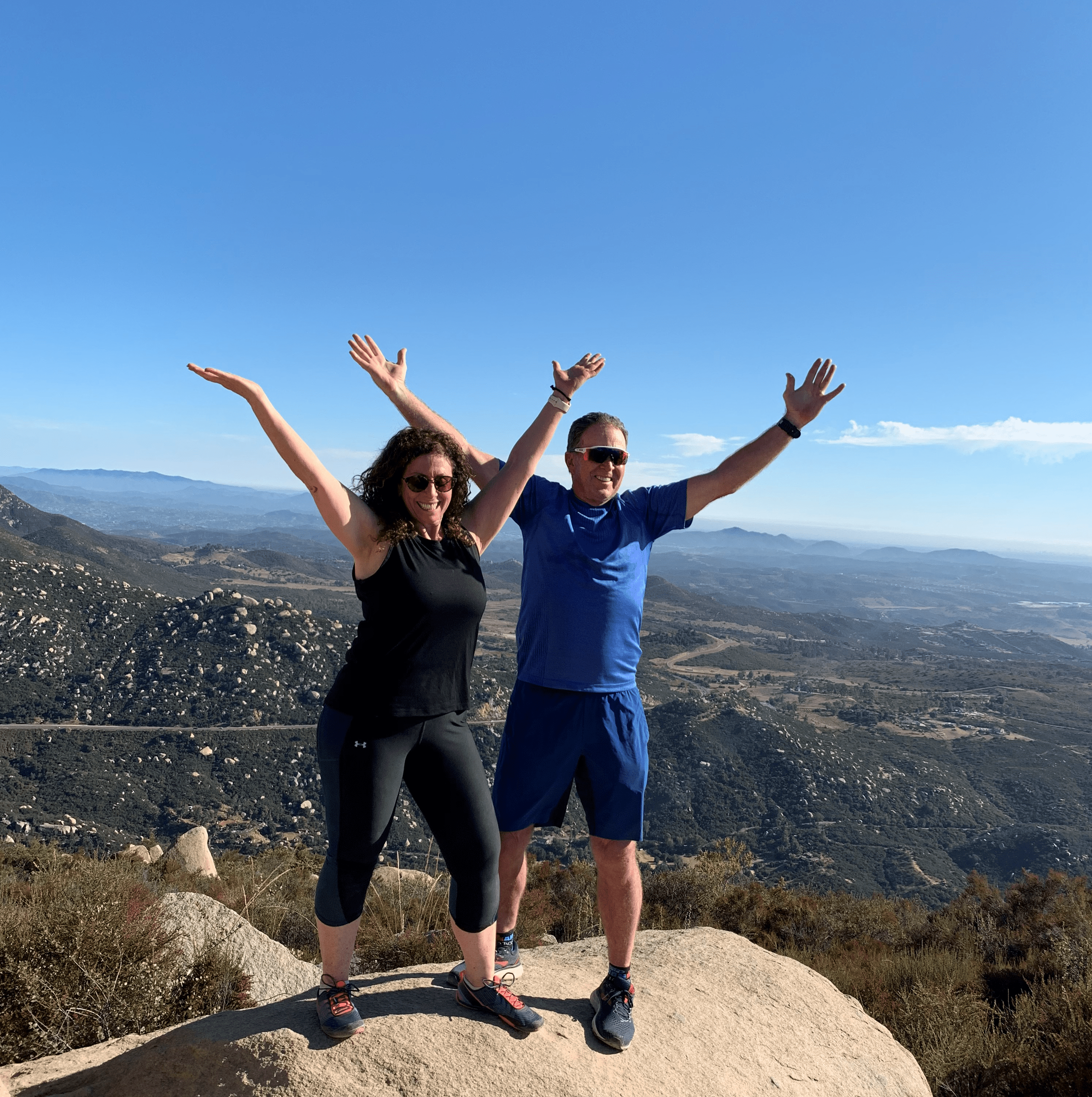