When I started my blog three years ago, you probably didn’t know what my inspiration was and thought I just wanted to jump on the social media/blogger bandwagon.

What inspired me was John Mackey, co-CEO of Whole Foods. He was in the news quite a bit at that time and his personal blog was causing a bit of a stir in the Wall Street community. But it made me think…

The CEO of a company should have their own voice, separate from the corporation. So, I went to my marketing team (who now edits, publishes and does the creative work for my blog) and they helped me launch this blog three years ago.

So, when my husband handed me The Orange County Register newspaper yesterday, he had highlighted an article on John Mackey’s new book, “Conscious Capitalism,” which I had seen in my local Whole Foods. What I found most interesting was this quote in the article: “We have to find our purpose again. Business needs to rediscover its purpose, or evolve to discover it.” 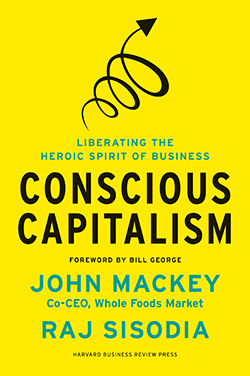 “Purpose” has been a big discussion at Frieda’s for several years. Instead of just having a mission statement like other companies, my sister Jackie and I decided we have a larger purpose. We call it our crusade.

Finding a larger purpose in your business makes you think a lot harder. It changes the way you recruit people and your approach when working with suppliers and customers. But it sure makes your work more satisfying when you live up to it.

My company’s larger purpose may explain the varied topics I discuss in this blog. Some might expect I would only write about Frieda’s produce. But there is so much more to a crusade that intends To Change the Way America Eats Fruits and Vegetables!

My youngest daughter Sophia is a freshman in college at Eugene Lang of The New School in New York City and is home for her 5-week winter break. I cannot believe how fast her time at home was going by, so I asked her if we could schedule a Mommy-Daughter Day with her choice on what we do. She chose a day at Disneyland! 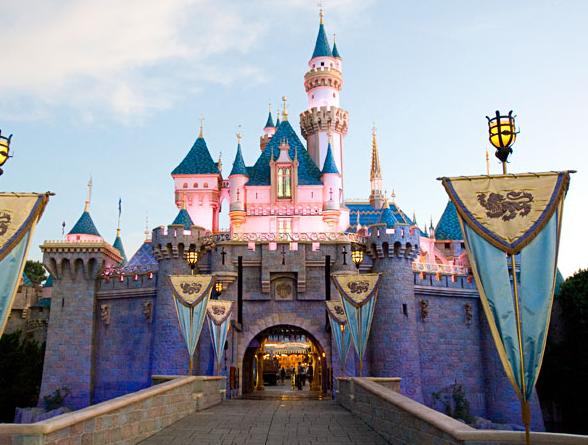 Before we left in the morning, she said, “Mom, I want to go to Disneyland with my ‘mommy’ – not the CEO of Frieda’s!” (Did I mention how witty she is?) So, I took off my CEO hat and off we went to the happiest place on Earth.

I had not been to Disneyland for at least five years, so it was interesting to be there. There wasn’t much of a crowd since we had a cold snap here in Southern California. We had virtually no wait on any ride, so by 5 p.m. we were ready to leave. As we were on our way to the exit, a young man stopped me and asked if I would participate in a survey about my food experience at Disneyland. I was intrigued that the survey was completely about “healthy choices” for children, but there were other questions about adult choices as well. 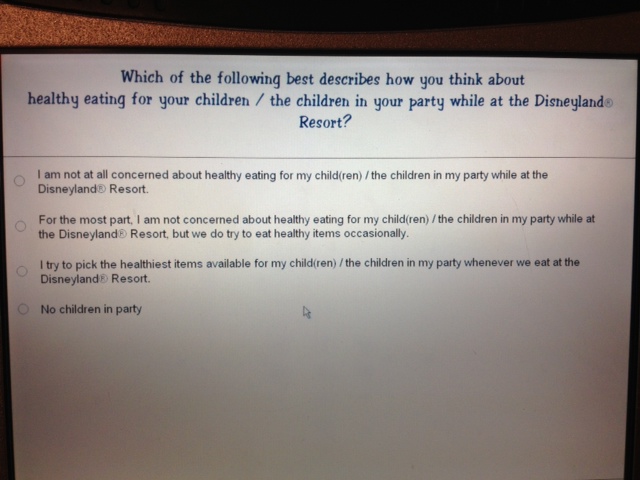 I couldn’t help but notice as we walked around the park, how much the food choices had changed in the last 5 years. On Main Street, there were plentiful choices of bananas, apples and oranges, along with cut veggies, hummus, pretzels and baked chips. Bottled water was as prevalent as other beverages, and at the Mexican Restaurant where we ate, Rancho del Zocalo, there was chicken and beef fajitas, and an all-veggie platter.

When you are shopping at your local grocery store, you may notice that the Disney logo is on many healthy snack foods, particularly those that appeal to kids. As it turns out, food suppliers have found that when they put the images of popular Disney characters on their products, sales can increase by as much as 30%. And, from what an inside source has shared with me, Disney has adjusted its marketing priorities to focus on healthy offerings for kids, both at their destination parks and grocery stores. They actually are the first major media company to take a stand on setting healthy food standards on their programming and packaging.

You can read about the announcement in June 2012 here.

So, I survived a day off work as Frieda’s CEO and enjoyed quality time with my youngest daughter. To my surprise, by not asking a lot of questions, she updated me on her life as a freshman in college. My mommy-daughter day was very enlightening and fulfilling! Can you tell that she loves Disneyland? 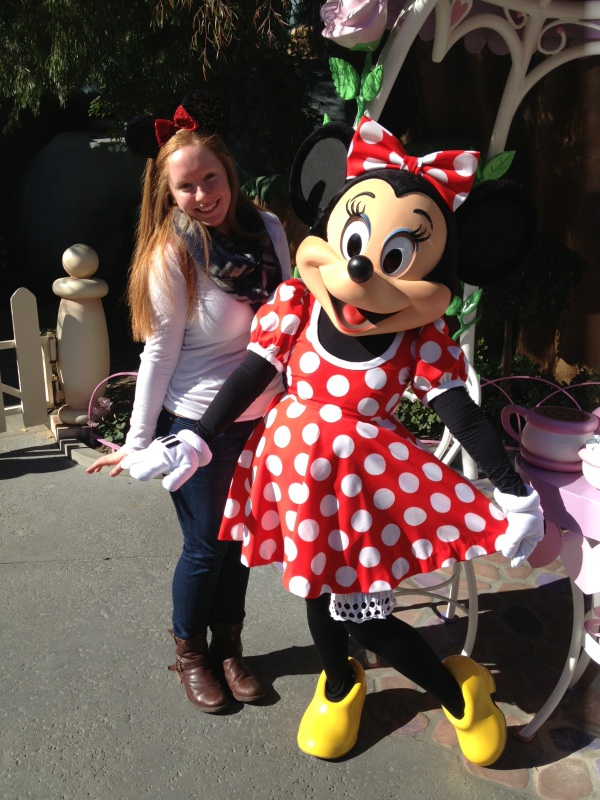 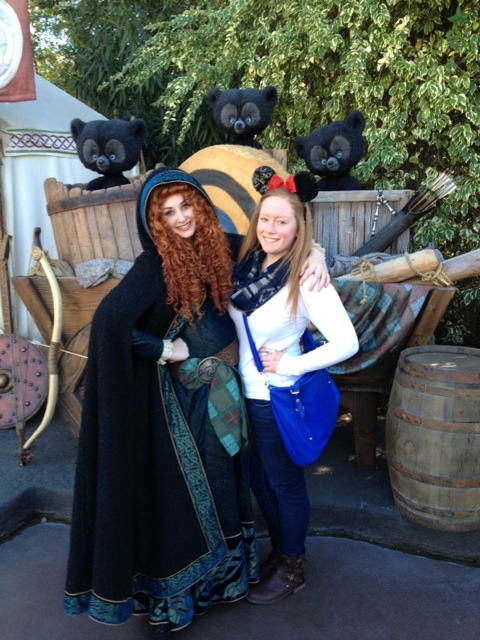 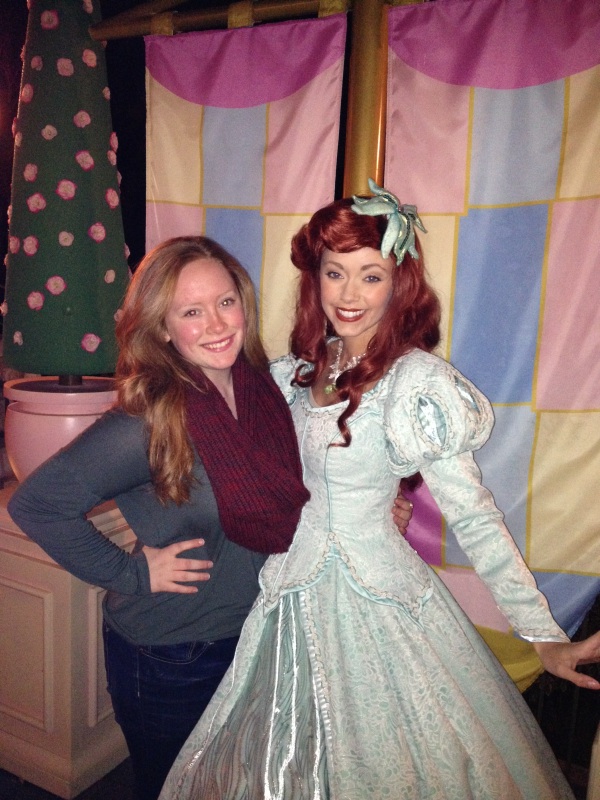 Several times a month I get the opportunity to entertain clients. For me, they are usually men, and I  assume dinner means going to a steak house.

That was until one of my clients decided to go healthy and lost a significant amount of weight by changing his eating and exercise regime. We set up a dinner and when I asked him what kind of food he was in the mood for, he said “something healthy.” I have to admit – I was very excited!
Since I started my vegan journey, I have explored all kinds of new restaurants in Southern California that offer healthier options. One of my favorites is True Food Kitchen, located in Orange County. True Food Kitchen was the brainchild of the famous Dr. Andrew Weil. The menu choices are based on his anti-inflammatory diet. He recently sold the concept to Sam Fox, owner of Fox Restaurant Concepts, based in Scottsdale, Arizona. I wrote about Fox Restaurant Concepts last May here. 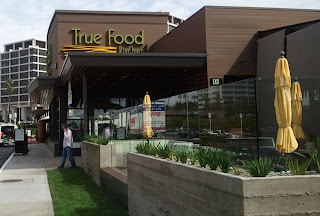 True Food Kitchen is now their fastest growing concept and in addition to restaurants in California and Arizona, they are opening three new locations in Texas. The restaurant chain was also featured in the November 2012 issue of Prevention Magazine and the December 2012 issue of OC METRO Magazine.


In October, when I told my client and his three work colleagues we were going somewhere “different” for dinner, I could tell that they were a bit apprehensive.  However, everyone loved the food, loved the flavors, and especially loved that they did not feel overly stuffed or uncomfortable after dinner!
If you are coming to Southern California or the Scottsdale area this winter, I highly recommend a meal at True Food Kitchen.
Now, I guess I need to add  Dr. Andrew Weil to my bucket list of people I want to meet!

Last summer, I attended a two-day produce conference in Chicago, which I do quite a bit, so I wasn’t expecting anything extraordinary to happen.

But then I met Katie.

Katie is a 14-year-old entrepreneur from South Carolina. In 2008, Katie planted some cabbage seeds as part of a school gardening project. She did such a good job of nurturing her cabbage that it ballooned to 40 pounds!

When her class project ended, she donated the cabbage to a local soup kitchen. Those 40 pounds of cabbage ended up feeding 275 people! Katie was so touched by feeding the hungry, she decided to start more gardens and donate the food she grew to feed more people in need. She now inspires other students to do the same. You can read more about Katie’s Krops here.

Katie now grants scholarships to other students around the country to help them start gardens, buy seeds and feed the hungry. She has developed an amazing program. Amazing not only because of the scope of her reach, but because Katie is only 14!

When you did a class project when you were 9, did you ever conceive of doing something that would truly change the world?

Did you ever dream that when you were 14, you would be accepting an award from President Bill Clinton at his Clinton Global Citizens Awards™   ceremony, sharing the podium with the richest man in the world and two freedom fighters from Uganda?

That’s exactly what Katie experienced last September. When my friend Don sent me the announcement of Katie’s award from President Clinton, I was beyond inspired. I thought back to being introduced to her a month earlier and how poised, yet humble, she was, up on the stage, presenting to about 200 produce people.

Her passion for feeding the hungry really did touch me. I thought to myself, if a 14-year-old student could be so passionate and committed to helping others, I could do the same. I could inspire others too.

So, last month, I chose to donate to my local food bank in lieu of giving holiday gifts to family and friends.

When you read Katie’s story, I think you will be inspired. Read here to learn how you can support Katie and her work.

Be the change you want to see in the world.