Hiking the PCT & A Sense of Humor

First, let me start by saying I have not, nor will I ever think about, hiking the Pacific Crest Trail. The Pacific Crest Trail is 2,650 miles long, spans from Mexico to Canada, across two mountain ranges, and yes, there are people who actually walk the entire length of it.

And, I am proud and amazed to share that my nephew, Frankie Wiggins (my sister Jackie’s son) hiked the entire PCT last year. He departed in mid-April and finished his epic 142-day journey on September 15. Frankie has a degree in Mechanical Engineering (from Cal Poly SLO), and I think the analytical and problem-solving skills he learned in college were honed and perfected on the PCT. He planned out, on a day-by-day basis, just how long he would hike each day, where he would get water, how much his pack would weigh during different portions of the trip, plus dozens of more calculations and incredibly detailed items. Think of your most detailed excel spreadsheet or Gantt chart, on steroids.

Fortunately, my sister posted updates periodically on Facebook, so we knew he was alive! Here is a photo of him during the course of the hike. 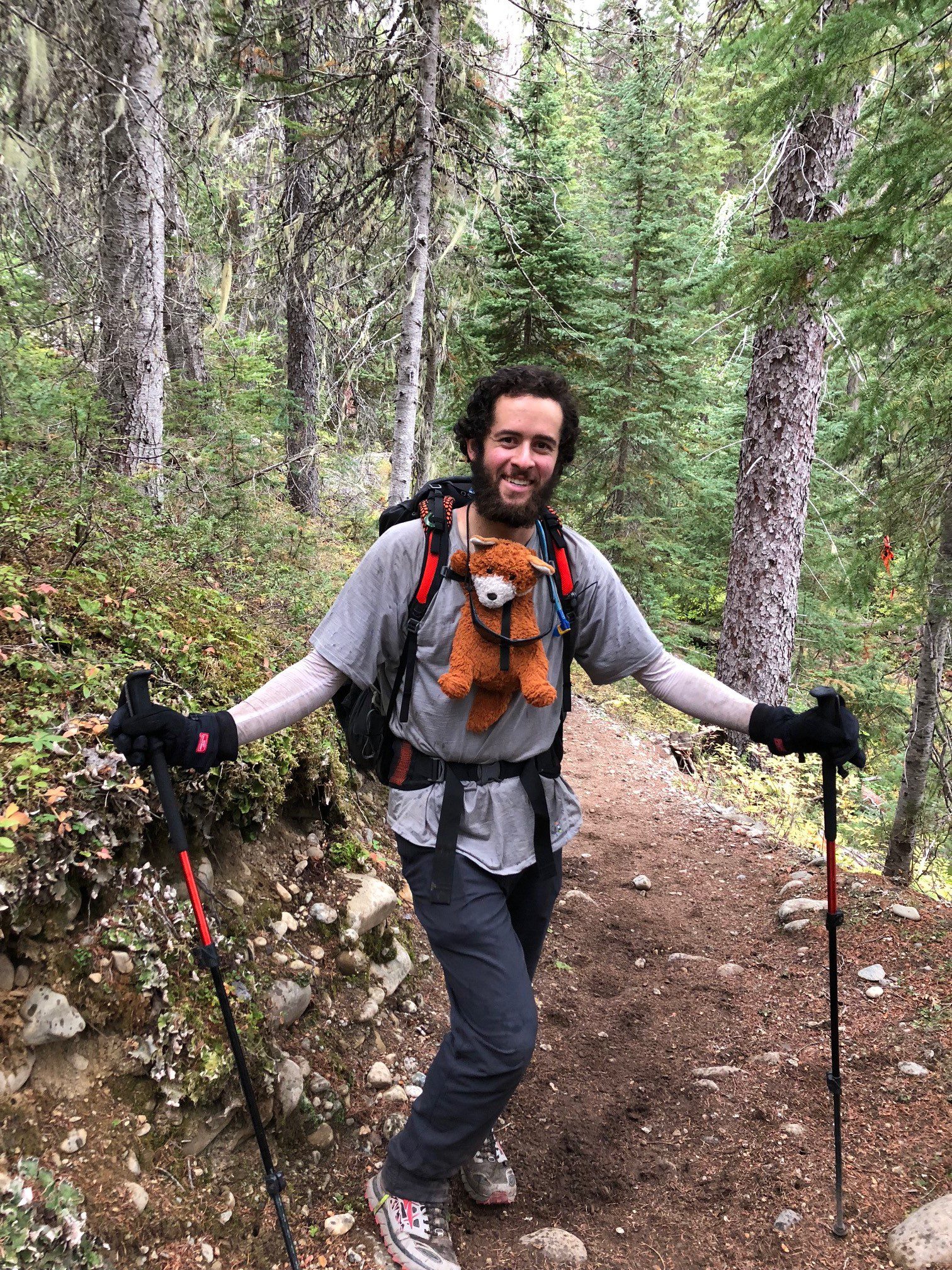 In case you want to know what it’s like to walk that far, you can do what I did and read the book Wild: From Lost to Found on the Pacific Crest Trail by Chery Strayed. It was coincidental that I read that book in early 2018, right before Frankie started his hike, but it sure made the trials and tribulations of such a long and lonely trek relatable to me. (BTW – the Movie, Wild, starring Reese Witherspoon is just a tease. It’s really worth it to read or listen to the entire book. And then you can find out why/how the author changed her last name to Strayed.)

Several times during Frankie’s 142-day epic journey, my sister Jackie and her husband Doug would meet up with Frankie on the trail. Once they joined him to attend a friend’s wedding, but sometimes it was just so Frankie could experience a hot shower and get new shoes. At one point, Doug met up with Frankie in a Northern California town called Downieville, in Sierra County, population 282. It’s basically in the middle of nowhere, but it has a post office that is used by many PCT hikers to send and receive mail and supply boxes. 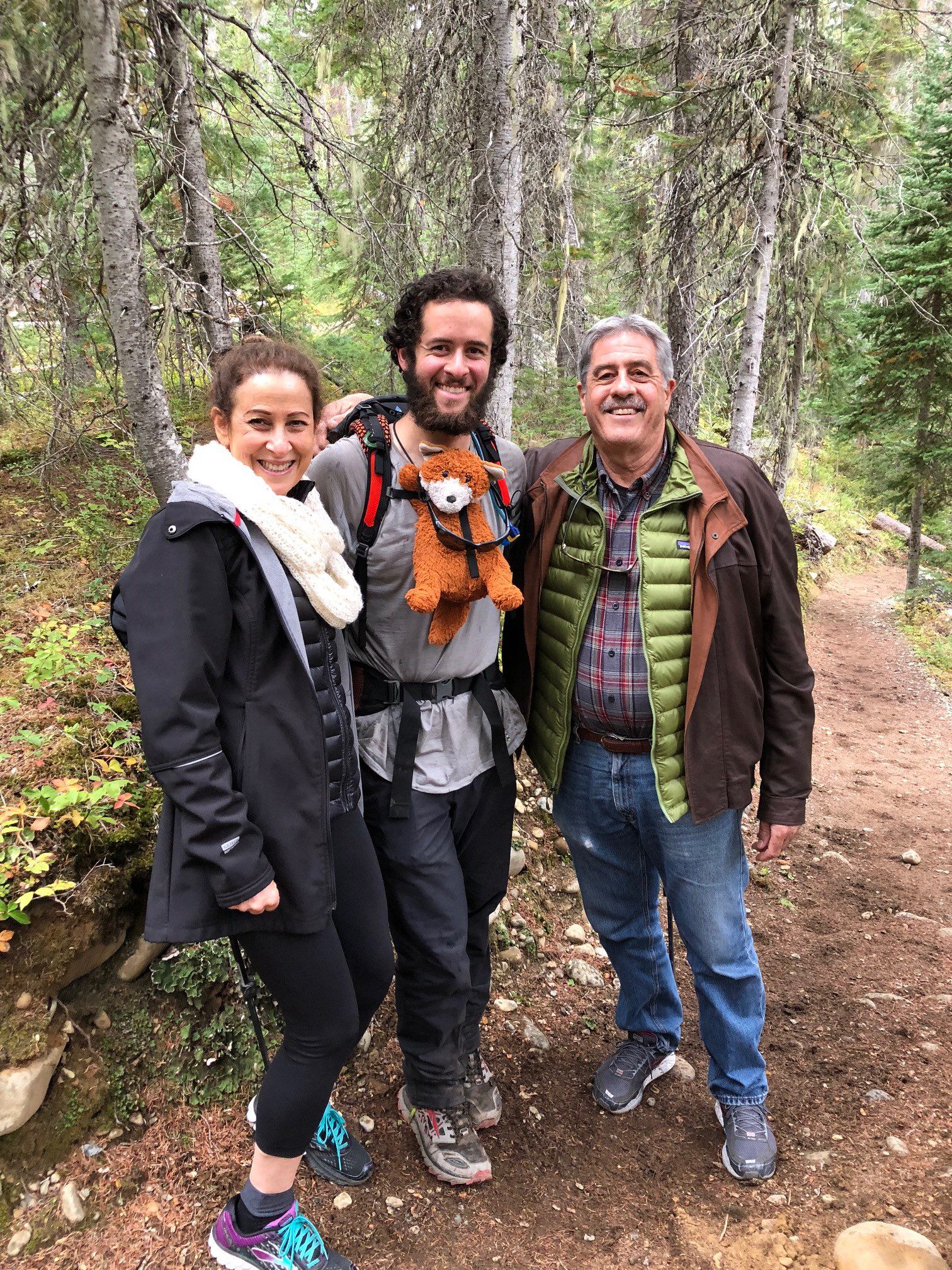 And, Downieville is the home of The Mountain Messenger, famed as California’s Oldest Weekly Newspaper.

And I have to say, my brother-in-law Doug is obsessed with The Mountain Messenger. So obsessed in fact that he told me that he ordered a one-year subscription for me as my birthday present last October. I smiled and really didn’t know what to say. A newspaper from a town with a population of less than 300 people? Seriously, what would it possibly do for me?

Well, first I got this letter from the Editor and Publisher: 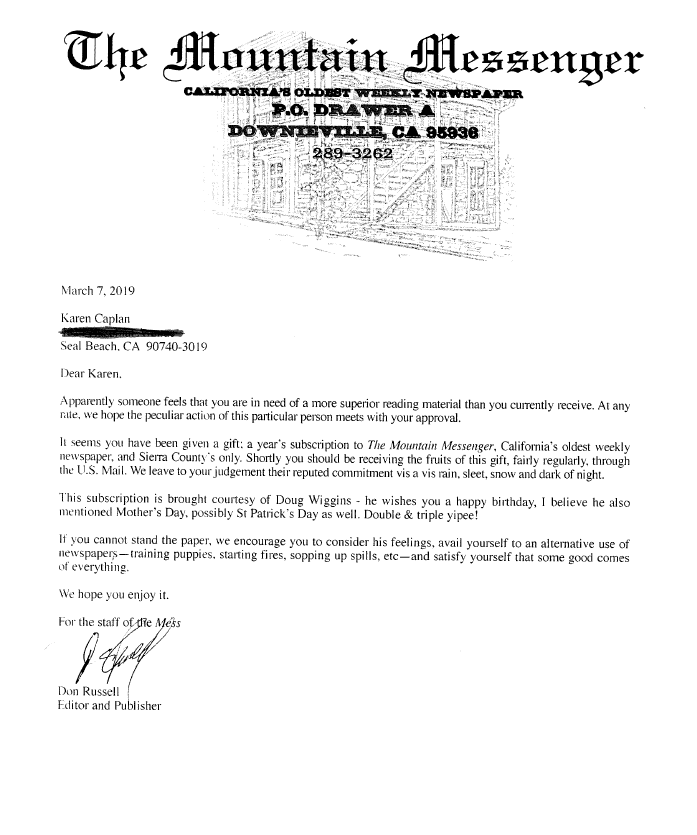 I chuckled out loud. What a great writing style and tongue-in-cheek humor.

Then I got my first paper. It’s usually six pages and a quick read. And surprisingly, I have to admit that I love it! The writers are so humorous and light-hearted, even when they are talking about politics (which they do regularly). They poke fun at everyone, whether it is the sheriff, elected state or county officials, or business owners. This week was about the first day of fishing season—I loved the story and I have never fished!

In this day and age of divisiveness, lack of tolerance and many people taking themselves too seriously, I find the light-hearted nature of this paper is sometimes the highlight of my reading week. And in case you want to see what all the fun is about, a one-year subscription for an out-of-county person is $35.00. You can send money to Mountain Messenger at P.O. Drawer A, Downieville 95936 or call Don at (530) 289-3262 with credit card in hand.

You will enjoy the weekly chuckles.