I found my favorite Celery grower!

Have you noticed the quality of celery has not been up to par lately? During the last six weeks, no matter which store I buy my heads of celery at, whether they’re organic or conventional, the heads look puny, don’t have a bright green color, and go bad quickly.

So, lucky for me, at the recent produce industry Women’s Fresh Perspective’s Conference I attended in Scottsdale, AZ, I was seated next to a woman who sells celery for a living! Did you even know a job like that existed?

Her name is Susan, and she works for the leading grower of celery, and had a lot to say about celery quality! She told me at this time of year, most celery is “going to seed.” This means a vegetable knows its’ natural season is over and is going into hibernation. Because we are so spoiled here in the U.S., we try to have everything year-round when, in fact, not every fruit or vegetable is naturally available year-round.

So, when it’s the fruit or veggies’ off season, we can probably expect less than perfect quality. The company Susan works for, Duda Farm Fresh Foods, actually has an extensive celery breeding program, and over 1200 new celery lines each year. They want to yield the best product in every region they grow in. Each region needs its own special seed variety to work well with the particular soil, weather, moisture, etc.

Then I realized that I had, in fact, tried Duda’s Dandy Celery just the week before. I happened to go to Costco one evening, which I rarely do, so I took a quick tour of the produce department. I noticed this jumbo bag of celery sticks and purchased it, because the quality looked impressive. 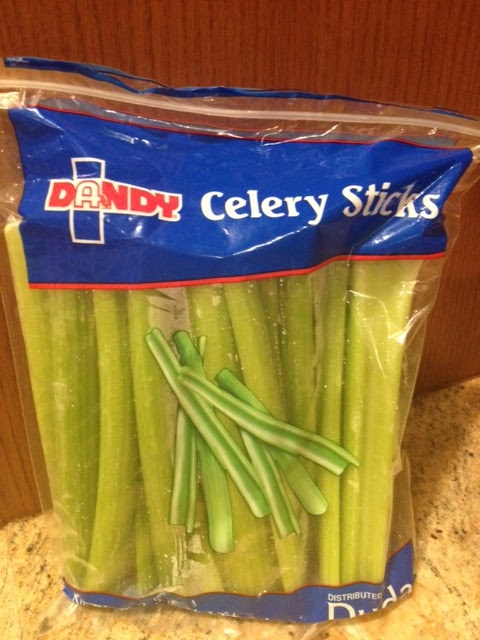 Two weeks later, I am still munching through that bag and the quality is still great! Susan told me that because Duda puts so many resources into celery breeding, they can offer excellent quality all year!

After weeks of being frustrated with my weekly purchase of celery, I now know that it is possible to have good tasting celery year-round. I just have to find the right grower!