It is what it is

That’s the saying that my sister, Jackie, has adopted in the last few months.

Back in early July, she was diagnosed with breast cancer (invasive ductal carcinoma). Fortunately, it is a slow-growing cancer and after seeing a team of doctors (an oncologist, a surgeon, a plastic surgeon, a radiologist and her regular ob/gyn), it was decided that she could delay her surgery for 2 months and spend almost two weeks in Kauai celebrating her 25th wedding anniversary with her husband Doug. Her surgery is this Tuesday, September 20. 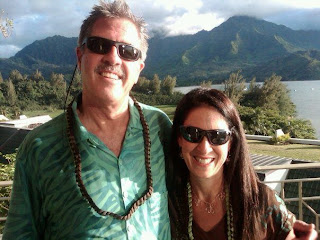 Well, let me tell you, having your little sister/business partner/best friend tell you she has a lump in her breast, and that she has breast cancer … it really rocks your world.

For me, it was a Friday afternoon, and immediately following our conversation about her cancer, I had to go back into a meeting. My mind was racing and I found out weeks later that I missed a great deal of what was discussed in that meeting.

I spent the next few days alternating between crying, worrying that my sister was going to die (she isn’t), and trying to sort out why it happened. (Actually, she did test positive for the breast cancer gene BRCA1.) It was very emotional – and in great part, it was quite stressful because Jackie had told me not to discuss this with anyone, until she could tell both her kids.

Thankfully, Jackie is the logical, methodical one in the family. Within two weeks, she had a diagnosis, had selected her doctors, had a treatment plan, and was able to tell both her kids.

She sat me down and said, “Karen, please do not worry. I will be fine. And since there is nothing you can do to cure me of cancer, there is no reason to worry. What I need you to do is cover for me at work, while I am off getting cured. And take care of yourself.”

Well, that was a good assignment. Don’t worry. I’ve had a lot of time to think about that one. I promised myself that I would stop worrying about something when there was simply nothing I could do about it. Whether it was Jackie’s breast cancer, or the illness of another friend, or other situations that I was presented with – I decided “I will not worry.”

I also went to see a therapist. A good friend of mine, Lois, is a well respected therapist and I went to see her within a week of learning of Jackie’s diagnosis.

Lois told me, amongst many things, about the importance of hugs. She said that although doctors are good at treating the physical aspect of cancer, they are not always aware of the emotional treatment. Lois told me:

That was probably the best advice we received.

So every day for the last 2 months, when I saw my sister at work, we would hug. She let everyone at our office know that they had her permission to give hugs and to remind her to smile.

Jackie’s prognosis also had an interesting effect on both Jackie and me. It put our entire lives in perspective. I noticed that we did not get stressed out about the things we used to. I found myself being much more patient with Jackie (and everyone else around me). And I stopped doing things that did not make me happy.

One of the things that makes me happy is doing things for others. So, I received Jackie’s permission to form “TEAM JACKIE” for an upcoming Breast Cancer Walk in Long Beach. The walk is this coming Saturday, September 24. So, as Jackie is home recovering from surgery, I will be participating in this walk.

My goal was to get 53 people to walk with me (Jackie is 53 years old). As of today, we have more than 60 walkers! I had hoped to raise $5,000 in sponsorship money – I learned a couple of weeks ago that TEAM JACKIE is the top fundraising team with more than $31,000! I tell everyone that when they make a donation to support us, they are just sending love and healing thoughts to my sister.

Every one of us faces these kinds of challenges in our life. Someone close to us gets ill. Please consider my learnings:

Give lots of hugs.

Get clarity on what’s important.

Do something about it.

And one last thought. From the very beginning of her diagnosis, Jackie decided she couldn’t change fate. She was not going to have any regrets. No pity party for her. She was going to face this challenge head on. In her words: “It is what it is” 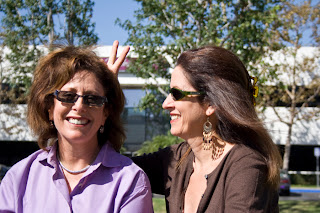