June is for Lychees 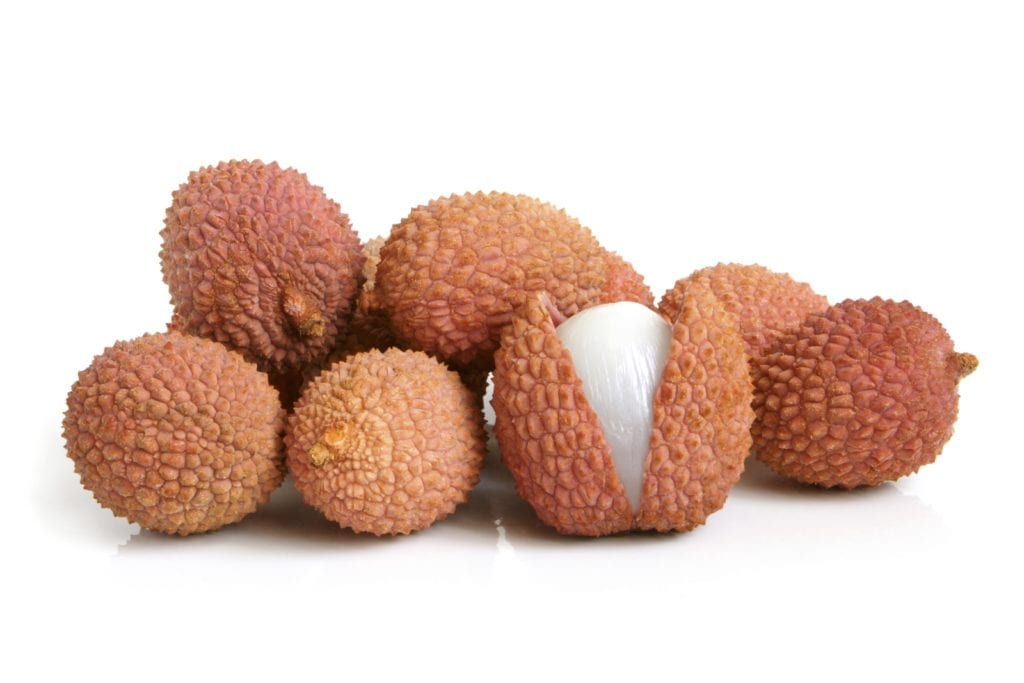 Have you ever been to a Chinese restaurant and noticed that the dessert section of the menu usually has only one or two items? One of them will most likely be “litchi.” What is that?

Litchi. Lychee. No matter how you spell it, it’s one of my favorite fruits. The season just started, so you might start seeing fresh lychees in your local supermarket. In most Chinese restaurants, lychees will come from a can, packed in a sugary syrup. I’m not particularly fond of the canned lychees, which is why I so look forward to June, when the fresh season starts.

Originating in China, lychees are a tree fruit that grow in beautiful clusters. Today, they are grown commercially in many regions of the world, including Mexico, China and Israel.

For as long as I can remember, June was the month that the fresh lychee season began. Traditionally, the first shipment of the season comes from the heart of Mexico. Our original supplier was a medical doctor, who had a brother who had a lychee orchard. I remember talking to Dr. Gaspar when he arrived at the Los Angeles produce market with his first truck-load of lychees from Michoacan, Mexico. That was more than 20 years ago!

Over the last 20 years, we also began to import fresh lychees from China and Taiwan, and at the end of July, from Israel. As you can see, we are definitely in a global industry!

With the crazy weather we are having this year, the first shipment of fresh lychees from Mexico just arrived on June 14 — a full two weeks after our first shipment came in from China.

Fresh lychees from Mexico have a dark red rind. Inside, the fruit is almost a translucent white, surrounding a big, brown, inedible seed. Once you crack the outside rind gently with your fingers, and peel it off, you can just pop the fruit in your mouth (be sure to spit out the seed). They are SO incredibly sweet and juicy with a slight floral taste. Some say they have the texture of a super-juicy grape. 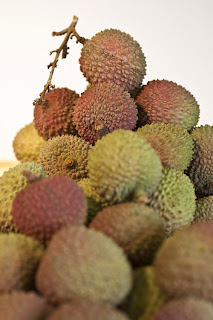 The lychee variety we import from China (and Taiwan) has a lighter pink shell with a cast of green. They have a similar internal texture and flavor. Personally, I prefer the Mexican lychee – I think they are juicier.

I hope you will give one of the sweetest fruits on earth a try this season! Then you’ll know first-hand why the Chinese serve just a few lychees as the perfect dessert!

P.S. If you like lychees, check out Rambutan (sometimes known as a “hairy lychee”!).