Make half your plate fruits and vegetables 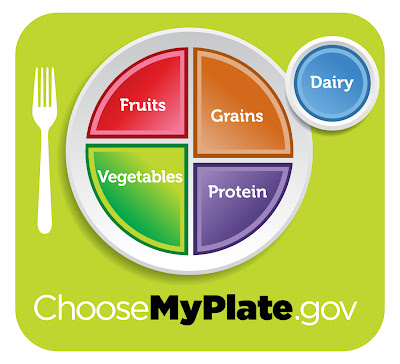 I’m sure you have heard about the new dietary guidelines issued by the United States Department of Agriculture (USDA). They are calling it the MyPlate communications initiative and it was officially announced on June 2, 2011.

For those of us who are not teenagers, we probably remember the basic four food group guidelines (first announced in 1956), which gave us recommendations on our consumption of meats, dairy, grains and fruits and vegetables.

In 1992, the basic four guidelines were replaced by the Food Pyramid, which was later updated to MyPyramid in 2005. I recall when it was first announced because many people found it unclear and confusing. And there was a lot of debate within the fresh produce industry, because anecdotally, we all knew that a diet rich in a wide variety of fresh fruits and vegetables, combined with a moderate amount of exercise and good common sense would yield healthier people. And we didn’t think the Food Pyramid was clear or focused enough on that. Some people in our industry felt that the Food Pyramid was too influenced by various food lobbyists who wanted to be sure their foods were included. 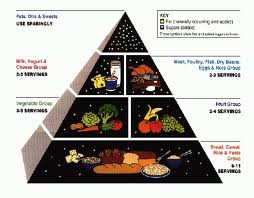 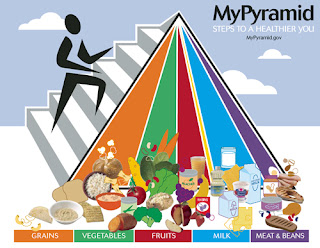 Behind the scenes, changes have been brewing, thanks in part to a very strong initiative headed by First Lady Michelle Obama. Decision makers wanted the new food guidelines to:
• Be easier for consumers to understand
• Influence the younger generation to eat fresh
• Provide more healthy choices in all the obvious places (like at school)

So, it was very exciting for me to hear on the radio (when I was driving cross-country) that the USDA changed the guidelines to be both more user friendly and focused on fruits and vegetables.

You may be wondering why this is such a big deal. After all, these are only “guidelines.” In reality, the USDA guidelines very much influence government spending and policy. These guidelines will make a difference in what is served for school breakfast, school lunch and school snacking programs. We’ve already seen changes in the WIC (Women, Infants and Children) feeding program, so there are now more fresh produce items included. (I wrote about it here.)

Just last week, I was attending a local high school graduation and one of the student speakers commented that one of the biggest changes they experienced was when the sugar-filled sodas were removed from the school vending machines! (Believe it or not, that is part of the movement affected by USDA policy.)

If you want more information about how you can easily make half your plate fruits and vegetables, check out this fantastic website (funded by fresh produce industry members and companies):
www.fruitsandveggiesmorematters.org

During my recent drive across the country, I noticed how much better I felt when I was snacking on fresh fruits and vegetables, versus crackers, pretzels or meat. I challenge YOU to notice how you feel when you make healthier food choices. Really, it does make a difference.

Make half your plate fruits and veggies!