My biannual trip to Berlin

A couple of exciting things happen in Berlin, Germany, each February. Most notable in the entertainment world is the Berlin International Film Festival. For those of us in the fresh produce business, February brings the largest global produce trade show, Fruit Logistica.

As some of you know, I attend every other year. And I literally have to gear up, both physically and mentally, to walk through and explore the 19 buildings at Messe Berlin, the city’s fairgrounds. It’s a huge show and takes a full three days to explore properly. This year was a great treat, as my sister and business partner, Jackie, traveled with me.

Of course, traveling with your sister means you get to fit in a little fun. We arrived a day early and took a daylong tour of Berlin, getting a chance to see the contrast between East and West, including the remaining sections of the Berlin Wall.

We sipped champagne at the world famous department store, KaDeWe. 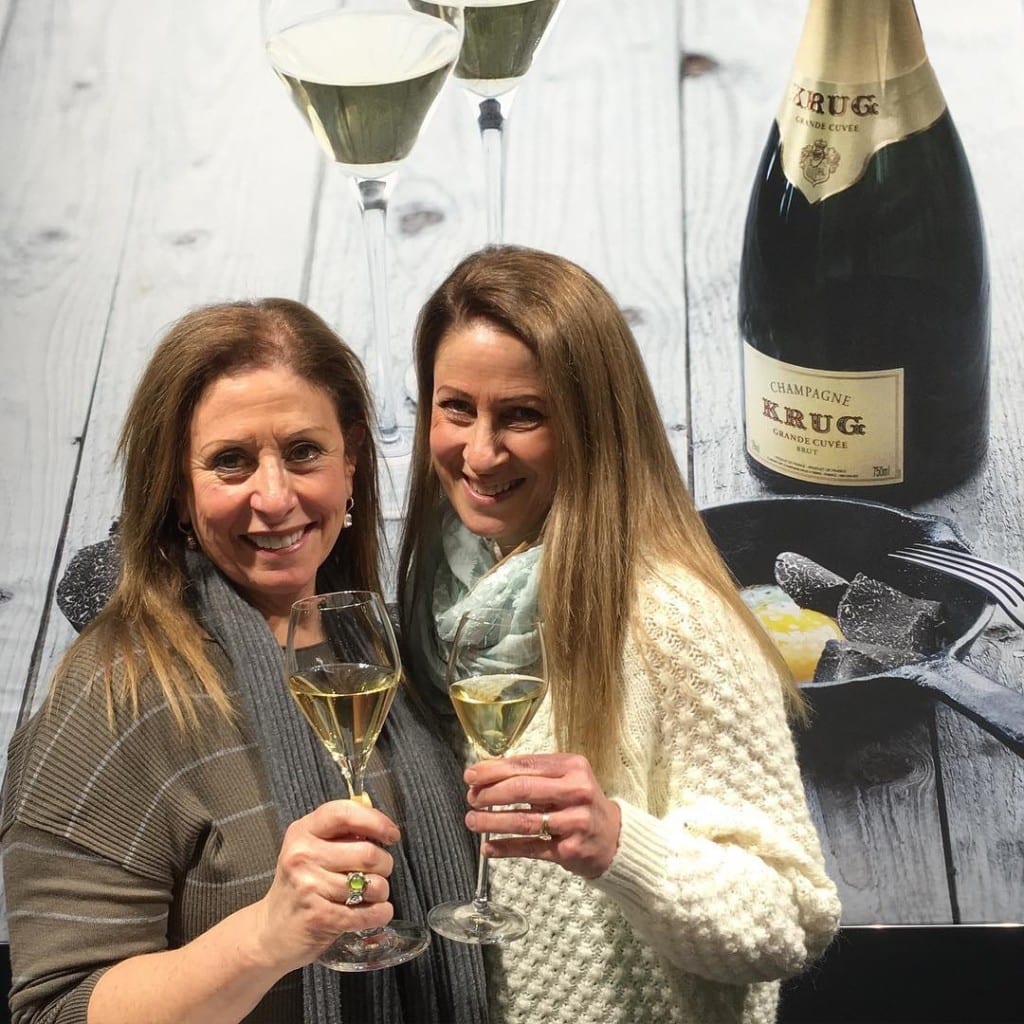 But we did spend three full days walking the intense and diverse show. This was my sixth  time attending the show, so I asked Jackie what her biggest takeaway after her first show was. She had the same reaction I did after my first visit with two main takeaways: it made her realize just how small our world is as you walk from “country to country” in three days, and it was an intriguing and refreshing change to see the more relational way business is conducted at this show versus the rush-rush way we work at U.S.-based trade shows.

One of the highlights for me has always been the Innovation Center. More than 60 promising innovations of fresh and mechanical products and services are entered into the competition, and just 10 finalists are chosen to be featured at the Fruit Logistica Innovation Competition.

Of those finalists, just six were fresh produce: Cherry tomato plants, microwavable potatoes, colored potatoes, micro-greens from Israel, and Enjoya—a striped bell pepper. The winner was an organic coconut. You can see all the entries and their details here.

It wasn’t a surprise to me that the organic coconut, with its special patented opening device, won. As I wrote just a couple weeks ago, coconuts are definitely a top trending item.

Called “Genuine Coconut,” the packaging is clever and very attractive. The product demonstrated a cute and familiar method (a pop-top opener) to solve a common problem (opening up and getting the water out of a brown coconut). Unfortunately, when I went by the Genuine Coconut booth and tasted the water, it was only so-so. What they didn’t tell people is that the most desirable coconut water comes from young coconuts. Genuine Coconut uses brown, more mature coconuts, which are typically used for their meat as the water inside is not nearly as sweet as that from a young coconut. Coconut aficionados do not typically drink the water straight from brown coconuts.

But, in my mind, any attention that comes to such a healthy product will build sales and awareness for the category. And that is a good thing.

Oh, back to the Berlin Film Festival. The night we arrived in the city, we walked over to the Sony Center near our hotel. When we walked up, we saw a giant red carpet and lots of lights leading into the theater. As it turns out,  “Zoolander 2” was having its European premier! And, literally, we had just missed seeing Ben Stiller, Penelope Cruz, Owen Wilson, Kristen Wiig, and other cast members. Darn!