My Weekend with Warren Buffett

I spent last weekend in Omaha, Nebraska. That is, of course, the home of Berkshire Hathaway, the company that Warren Buffett (and Charlie Munger) are famous for. I am not a shareholder, but was fortunate to be invited to attend its annual shareholders’ meeting, always held in early May.

Advice I often give is: “Ask for what you want.” Well, while attending an agribusiness seminar a few months ago, I overheard a friend of mine talking about attending the Berkshire Hathaway annual meeting last year. He mentioned that he was invited to attend by our mutual friend, Ejnar (pronounced eye-nar).

That sounded like something really interesting to do. So, at dinner that evening, I arranged to be seated next to Ejnar. And I asked for what I wanted. I half-jokingly said, “I’d like to come to Omaha.” And he, in all seriousness, said, “You are invited! And bring your daughter Alex.” Ejnar owns a private investment firm, and each year invites about 100 business colleagues to Omaha for a day of business presentations and the following day, they all attend the Berkshire Hathaway shareholders’ meeting. He encourages people to bring their children, so they can start to learn, at an early age, about investing and business.

So last weekend, Alex and I flew to Omaha and spent the first day with 100 total strangers from the dairy, grain, and indoor farming industries, plus many financial advisors and investors and more. Two people traveled all the way from Oman (in the Middle East), just to join this meeting. And several attendees came from Europe and Australia, too.

On Saturday morning, we were all up at 6, so we could be at the Century Link Arena when the doors opened at 7. We lined up, along with 40,000 shareholders. It was kind of crazy! We were lucky to get seats in the stadium. You can see from this photo that we’re in the “nosebleed” seats. 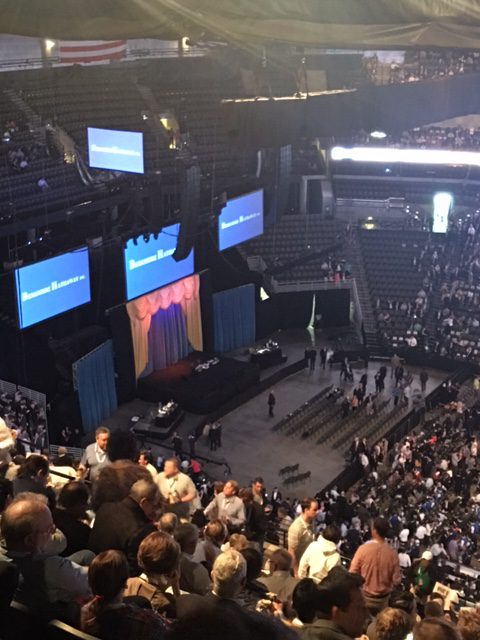 What is so unique about this annual meeting is that Warren Buffett, age 86 (on the left), and Charlie Munger, age 93, sit on the stage and answer questions from the audience from 9 a.m. to 4 p.m. (with an hour break for lunch). They do not know the questions in advance and the questions are from regular folks. 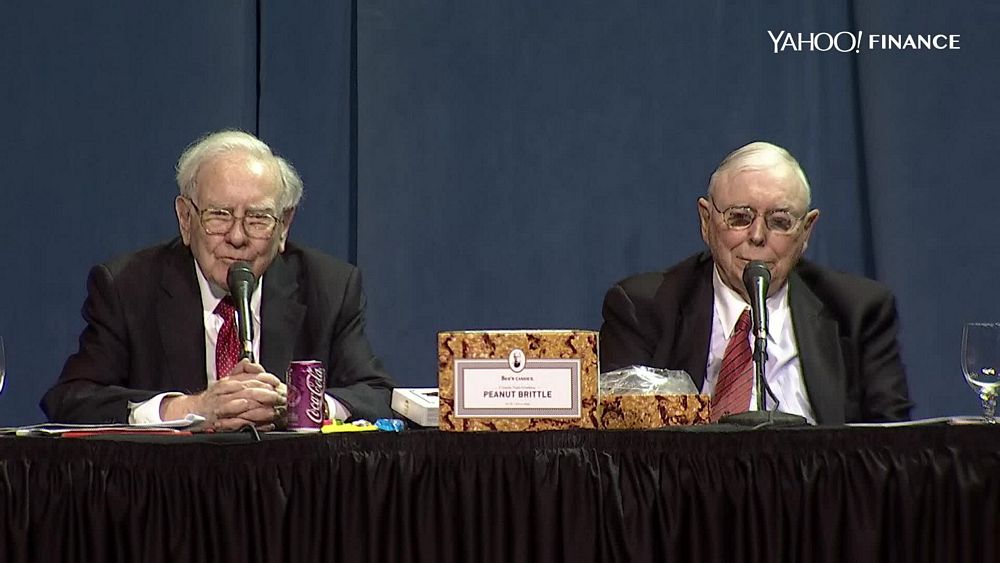 (In case you’re wondering, the box of See’s Candies’ peanut brittle is on the table for two reasons: They own See’s Candies and it is Charlie Munger’s favorite, so he munches on it during the entire meeting.)

You can read the transcript of the annual Berkshire Hathaway (B-H) meeting, but these were some of the high points for me:

Overall, it was a mind-expanding weekend and I hope to be invited back next year. Shares of Berkshire Hathaway stock are $245,000 per share (they have never done a stock split). I was happy to know they have Class B (non-voting) stock that goes for about $160 per share. I think that’s the only way I’m ever going to be a shareholder. 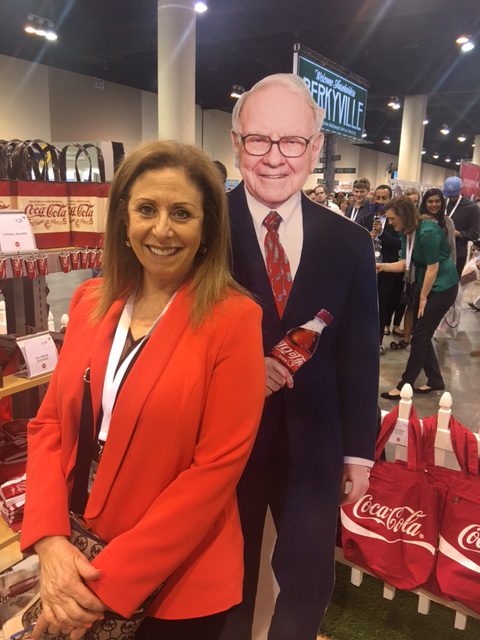 Here I am at the Coca-Cola booth with “Warren Buffett.”

P.S. Here are the 9 best Warren Buffett quotes from the Berkshire Hathaway annual meeting, from Fortune.