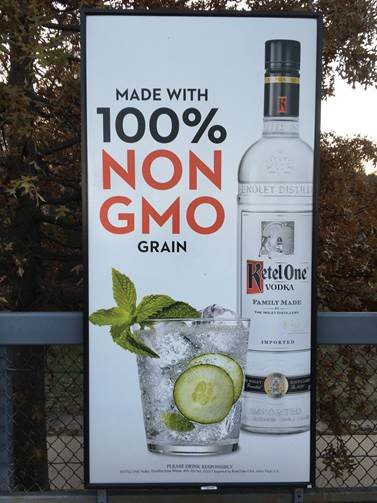 When I saw this ad, I realized it’s finally time to blog about GMOs. I have been putting off writing this post for many years because GMOs are a controversial subject. And that is mostly because many people do not know the facts about GMOs. So I will share some of what I know and what I’ve learned so far, in hopes that you will be more enlightened to make your own decision about them.

First of all, what is a Genetically Modified Organism (GMO) when it comes to crops? GMOAnswers says this:

Genetic engineering, also referred to as biotechnology, allows plant breeders to take a desirable trait found in nature and transfer it from one plant or organism to the plant they want to improve, as well as make a change to an existing trait in a plant they are developing. Some examples of desirable traits commonly transferred include resistance to insects and disease, and tolerance to herbicides that allows farmers to better control weeds.

Clearly, GMO is a scientific term, stating exactly what it is—a genetically modified organism. I’m sure a roomful of scientists didn’t think that one day the term GMO would be used when referring to consumer goods, especially food.

The words “genetically modified organism” sound scary from the get-go. So it does not surprise me that most people react negatively to the term, even if they don’t know what GMO stands for. (“Something that has to do with genetics?” is what I usually hear.)

Furthermore, it didn’t help that in the earlier days of GMO science, there were stories going around about scientists putting the genes from fish into vegetables, causing concern for people who have fish allergies. Some of those stories are still going around today.

Here are some facts about GMOs.

Currently only 10 crops in the U.S. have been genetically engineered (using precise plant breeding) and are commercially available. They are corn, soybeans, cotton, canola, alfalfa, sugar beets, one papaya (the rainbow variety from Hawaii), some squash, one potato (less-browning), and one apple (non-browning Arctic variety). Some of these items only have one cultivar, like the Arctic apple, which was created using genetic engineering, meaning that the rest of the varieties were not genetically modified.

What bothers me most about the term GMO is that an entire industry has sprung up around the frenzy, such as the Non-GMO Project, which claims to verify products for being non-GMO even when, in fact, those products don’t include any of the 10 crops listed.

A prime example is the vodka shown above in the ad. While some vodka is distilled from potatoes, Ketel One is made with wheat. Oh, excuse me, it’s “non-GMO grain.” Since wheat is already a non-GMO crop, this really isn’t anything to write home about. Yet, the company decided to jump on the non-GMO bandwagon and make a claim that makes the consumer wonder about other brands of vodka.

Even though our media seems to thrive on scaring viewers, or inciting worry and filling people with doubt, I get mildly annoyed when I see “Non-GMO Verified” on foods that are simply outside of that category. 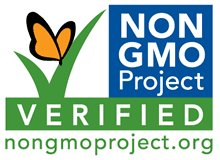 Now, the website GMOAnswers I cited from earlier is supported by many seed companies that fund research in seed production, which may include genetically engineered products. I also know that there are many forms of breeding, of which genetically engineered is just one. There are old technologies like natural breeding, and some very new technologies like gene editing with CRISPR/Cas9.

I know that the technological advances being made in food production and agriculture can help us grow more food to eradicate hunger on the planet, producing plants that are disease-resistant or drought-tolerant, or plants that can thrive on over-salinized soil or that contains additional nutrients. For example, Golden Rice is genetically-modified to contain beta-carotene to fight vitamin A deficiency in south and southeast Asia. And with the way that the Cavendish bananas we know and love are suffering from a catastrophically devastating disease, GMO may be the only way to save the world’s crop.

In contrast, there is an ever-growing movement toward nutrient-dense foods, dealing with mineral depletion in our diet, and more organic food production, which is wonderful and affordable for first-world countries that have plenty of disposable income.

So, what can you do? Educate yourself. Know that just because you read it on the Internet does not make it the truth. In doing research for this post, I found websites that had clearly incorrect information on them, information that was written with a hidden agenda to promote their products, their brands, and their lifestyle.

Next time you see “Non-GMO Verified” on a product package, I hope you will see if the product is one of the 10 crops listed above.

Also, by definition, anything that is USDA-certified Organic cannot use GMO crops.

Disclaimer: I am not unilaterally for or against GMOs. I am in favor of knowing all the facts from both sides of the conversation and forming one’s own opinion. Eyes wide open.

Is This Jan? It Is My Pleasure Is it worth completing those after-purchase surveys?
Previous | Next

Is This Jan? It Is My Pleasure Is it worth completing those after-purchase surveys?