Last week, I had the great fortune to travel to Capetown, South Africa. I was invited to speak about marketing fresh citrus in the United States to Summer Citrus from South Africa, a collaborative of a large group of South African citrus growers, along with importers, government agencies, and a few retailers.

My total in-flight time was 24 hours, plus an eight-hour layover in Dubai. With South Africa being nine hours ahead of California and my long journey in mind, I decided to arrive a few days early to adjust to the time change and do a little sightseeing.

I went to South Africa to educate a room full of enthusiastic growers about the U.S. market. What I didn’t expect was that I would in turn be educated in so many ways about this wonderful, beautiful country. I don’t know why I waited so many years to go to South Africa!

Although South Africa always seemed like a galaxy away, I prepared myself for the long flight. With in-flight movies and a few long naps, the trip did not feel as long as I had feared. Capetown alone is worth the trip. The city is beautiful, and people are super friendly and welcoming. With 40 percent unemployment, tourism is a big part of the economy.

Capetown reminds me of the San Francisco Bay area. The most dramatic sight to see is Table Mountain, a flat-top mountain, which looks over the city.

Capetown also has Robben Island, where people used to be incarcerated; it’s similar to San Francisco’s Alcatraz Island. The most well-known prisoner there was Nelson Mandela. I highly recommend taking the ferry ride and the two-hour tour.

The prison tours are conducted by former prisoners. Our guide was Derrick, arrested at age 18 and released when he was 23. He is now 51. His personal story and the stories he shared of what it was like to be imprisoned there were chilling. This visit was a life-changing experience for me.

Hop on an Adventure

Getting around Capetown is easy with both the City Sightseeing bus and the MyCiti bus that you can hop on and off. It’s a great way to see a city and get the full perspective with the audio tour in your own language. I was traveling alone, so I was free to get off at any point and just explore. Got some great photos as I toured the city. 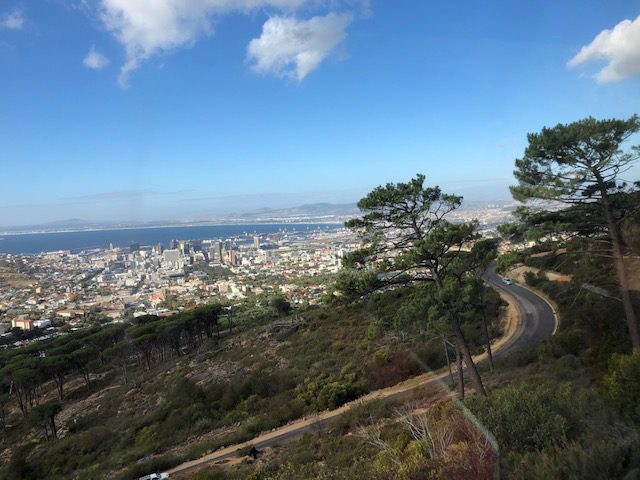 South Africa is well-known for its wine and I did get a chance to visit a winery in the wine region, Franschhoek. Sadly, due to an oversupply of wine production, many wineries are having a difficult time, so some have now opened restaurants on their premises to attract visitors. I was able to enjoy an amazing lunch at Maison Estate.

Six hours were not enough time to enjoy Franschhoek! I would definitely recommend a day or two for that region.

On my return trip home, I was able to spend about 24 hours in Dubai. That was an experience! The airport is state of the art and the city is immaculate. The world’s tallest building is the Burj Khalifa there. At night, the way it lit up looked like Paris meets New York City!

Of course, I had to visit the wholesale produce market while in Dubai. Surprisingly, it felt familiar, though I had never been to Dubai or this market before. As we walked through it both at noon and then again at 6 p.m. (it operates almost 24 hours a day), my colleague kept warning me about the forklifts, pallet jacks, and loose produce on the floor. I told him, “Hey, I grew up on the Los Angeles Wholesale Produce Market. This feels like I am back home!” 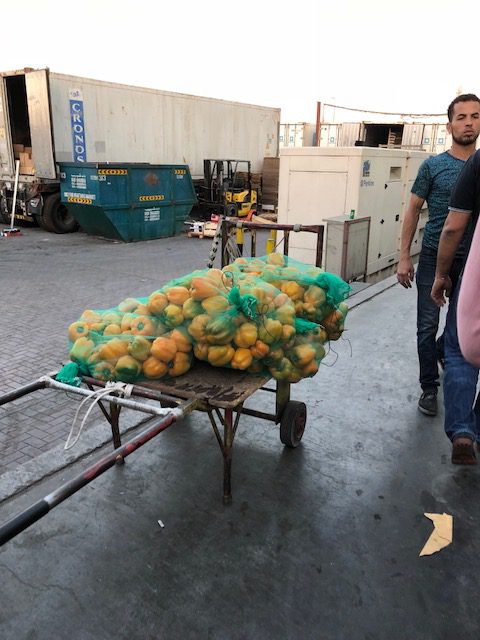 My final meeting of the day was also at the produce market, upstairs in a well-lit office. As I looked around the room. I realized there were two Jordanians, one Englishman, and an Indian who lives in Thailand. And then there’s me, a Jewish woman from California. Yes, this feels exactly like the melting pot of Southern California. 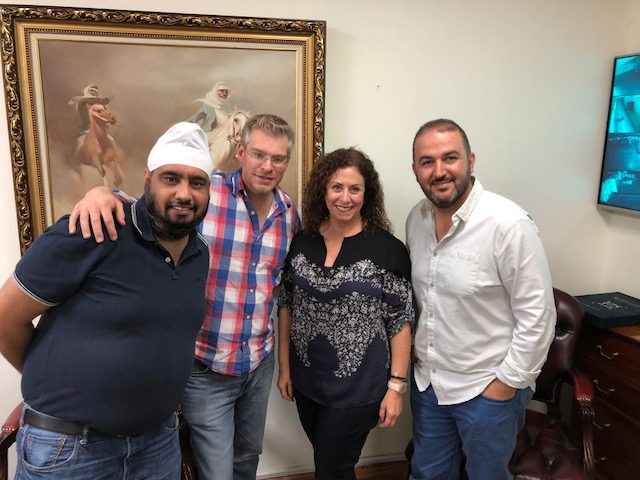 As much as I loved my 12 days in South Africa and Dubai, it sure felt good to climb into my own bed at home in Southern California. But I have to be honest: I’m already thinking about my next trip to South Africa. Perhaps a safari?