Even before the two earthquakes we experienced in Southern California last week, I had planned to blog about earthquakes. If you don’t live in California, but somewhere else that has other natural events like tornadoes, hurricanes, fires or flash floods, I know you’ve had similarly scary experiences. But I’d bet you’ve never had the opportunity to listen to the world’s expert on your particular natural disaster-causing event, right?

Well, I had the opportunity to hear Dr. Lucy Jones (aka “The Earthquake Lady”) last month at the Natural History Museum. You see, one of my good friends, Lori Bettison-Varga, is the president of the museum. She invited me to one of its First Friday events. I checked my calendar and was kind of excited to drive to downtown LA after a long week, and sip a little wine in the museum’s outdoor garden.

At about 7, they started ushering us into a dark, auditorium-like room. As I looked around, I realized that we were in the Dinosaur Wing, as life-sized dioramas featuring various dinosaurs covered every wall in the huge hall.

As we sat down, I glanced at the program and noticed that famed LA Times reporter Patt Morrison would be interviewing “The Earthquake Lady.” I’m like, “Oh, this is just GREAT.” (Not really.) Frankly, like most Southern Californians, whenever there’s an earthquake, my heart starts racing and I get a little panicked. The last thing I wanted to be doing on a Friday evening was listening to a couple of people talk about earthquakes. But I was seated between Lori and her husband, Bob, so there was no escaping. Did I mention that Lori and Bob are geologists? 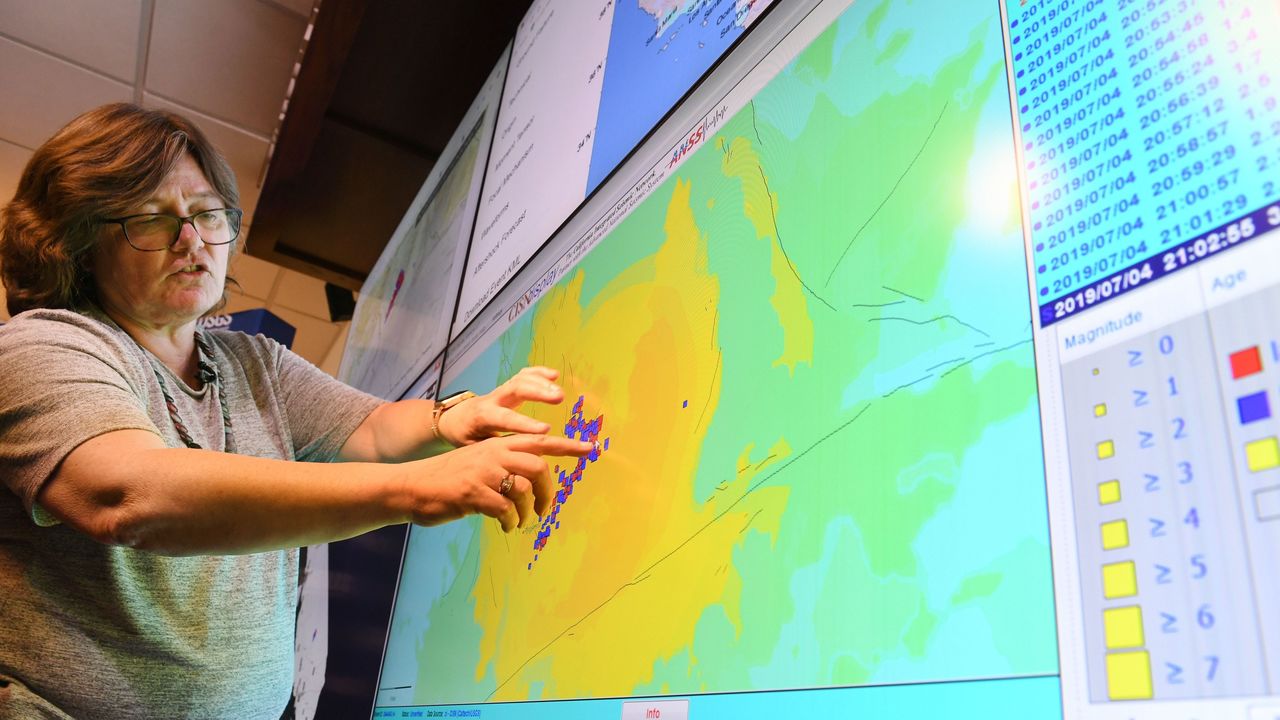 So, I decided to enjoy the lecture.

And frankly, I was surprised—I was surprised at how calm Lucy was. She is a seismologist and the public voice for earthquake science and earthquake safety in California. You can read tons about her right here.

What I loved most about her presentation was what I learned. Simple, basic things that I had never thought of:

After hearing Lucy talk, I felt more informed about earthquakes, what causes them and how the earth works. When you are informed, you react more calmly.

And that’s what happened as I was sitting on the floor taking off my shoes on Friday night, when we had that 7.1 earthquake about 8:20 p.m. Instead of my usual run for a doorway (Lucy said that is a fallacy; it is not a safer place to be in an earthquake), I stayed seated on the ground. That’s where Lucy said to be, away from windows, and near something you can crawl under for protection. She said many people break bones or get injured because they are running during an earthquake and they fall down because of the jarring movements.

Lucy took questions from the audience: Does fracking cause earthquakes? Do earthquakes cause tsunamis? She was very clear that there is no such thing as earthquake weather and earthquakes do not only happen in the early morning, which was demonstrated perfectly on Friday evening.

So, I hope that you get a little extra cash next time you are at the ATM and stash some extra water and non-perishable food in case of an emergency. Oh, by the way, Lucy said you should be sure that stored food and water are in an easy-to-access place, where they aren’t likely to be hidden in case of an earthquake.