This summer, like many other businesses, we decided to use interns to get many of our “odds and ends” projects done. Plus, philosophically, I see it as a way to give real world experience to college students as they are deciding what they want to be when they grow up.

Most small companies might consider hiring one intern…but we decided to hire FOUR this summer. It was a big undertaking, but well worth it. 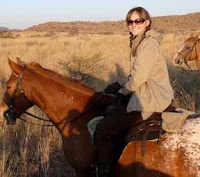 First, meet Kate. She has just started her third year at USC as an accounting major and she comes from a farming business. Her dad, Howard Elmore is a large vegetable grower and casually mentioned to me at a conference that his daughter was looking for an internship. I told him that she needed to do her own follow through, and send me an email and her resume. (I just hate it when parents try to do all the work for their kids…they are being helicopter parents. Let the kids learn what it’s like to secure a position on their own. They own it and will feel better about it.)

I was happy when Kate followed through right away. After a phone interview and interviews with three people from our finance department, we decided to bring her on board for six weeks to work in Accounting. 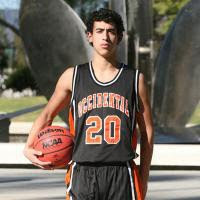 Second, there is Julian. Julian is the son of our Marketing Manager, Jaime. Julian has just started his second year at Occidental College. He is an Economics major and had never worked in an office environment. After an interview with two people in the HR department, we agreed to bring him on to help with special projects in HR and Marketing. 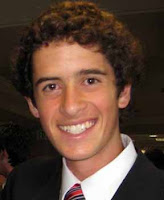 Third, there is Frankie. Frankie is my sister’s son and he is starting his second year at Cal Poly-San Luis Obispo and is majoring in Mechanical Engineering. Frankie has helped us out before – so we knew he could work on special projects as needed.

Well, I decided to do something different and each of them was required to send me an email at the end of each week, giving a brief overview of “what they learned.” I learned a lot about their personalities, their writing styles and their level of detail. I also met with each of them, at least once a week – just to check in and see how they were doing.

I enjoyed their insights.

From Kate: The Company operates with an emphasis on cross-functionality between departments to ensure a smooth processes flow. The relaxed, yet productive work environment also helps the communication (I believe) between sales, buyers, accounting, marketing and warehouse logistics. Also, the Company’s relationships with growers stress communication. I learned from Dorian about Frieda’s vested interest in customer satisfaction, and the importance of forming long-term relationships with growers with an equal interest in the quality of the product and ultimately consumer satisfaction.

From Julian: Each week has brought some sort of new task to finish or new skill to develop. Along the way I have learned how to use Excel, Photoshop, Illustrator, how to write in HTML and FBML code and even how to edit a movie in iMovie. Yet it was the intangible lessons I am learning from being in a professional environment that will resonate most with me in my future endeavors.

From Frankie: I learned about food safety auditing and what it is. I learned about what the agricultural industry has to do to meet safety standards and how few are known to be third-party certified. This was a tough project for me, as I only knew some of my instructions, going into the project. Much of the paperwork was a foreign language to me, so I learned how complicated (but necessary) it can be.

Since Kate left to go back to school in August, she has called and emailed me several times. She has told me over and over again that her friends who did internships this summer, basically did filing all summer. She was so proud to tell them that she helped us document actual finance processes as part of our computer upgrade.

Julian was effusive on his last day. He was thrilled to tell me that during his last week, he was allowed to use his computer skills and produced (using raw footage and raw soundtrack) the rough-cut to one of our Specialty Produce 101 YouTube videos (soon to be published on our Frieda’s Specialty Produce Channel). He also said that the most important skill he learned during his time interning in our office was proper protocol for working in an office environment. (I never thought about how important a skill that is to teach our college students.)

And Frankie was a surprise for me. He sat right outside my office and we got to interact each day (he is very funny). Frankie spent much of his time on the phone during his six weeks here – calling suppliers. He told me that he has improved his phone skills and no longer has call hesitation. When someone he called got a bit agitated, it was a challenge for him. But he improved his people skills. He learned how to better negotiate (get the information we needed) and although it was frustrating when people didn’t do what they said they would, so he would just call back again.

Earlier, I mentioned that we had 4 interns this summer. Our fourth, Rolff, will be starting next week. He is a third year student from EARTH University (in Costa Rica). He and his family are from Haiti and we are excited that he will be working with us for three months. I will be writing more about Rolff in a few months.

No matter how small (or large) your company is, I highly recommend having student interns. What a great way to give back…and for students to get real world experience.