I grew up in a small town in Orange County called Los Alamitos. My parents purchased their first house there, 55 years ago, and my mom Frieda still lives in the same two-story home today.

Coincidentally, when our company outgrew our downtown Los Angeles warehouse, the best location we found was right here in my hometown! So, 19 years ago this week, we moved Frieda’s, Inc. to Los Alamitos, California.

You have probably never seen a real sugar beet. Well, in preparation for the festival, over two tons of fresh sugar beets arrived at our warehouse last week, along with cameras and the local press to capture the arrival! The beets were harvested in the Imperial Valley of California, and then transported to Los Alamitos. From these photos, you can see it was quite an experience to unload them into storage. 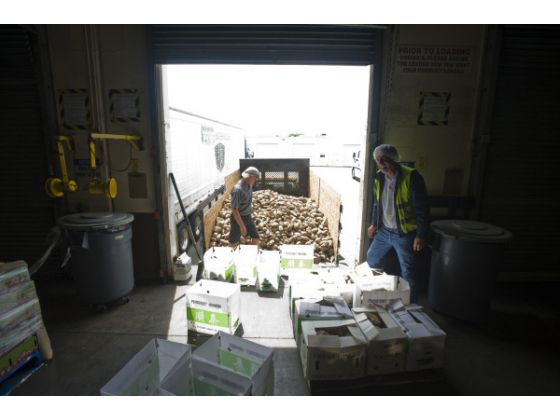 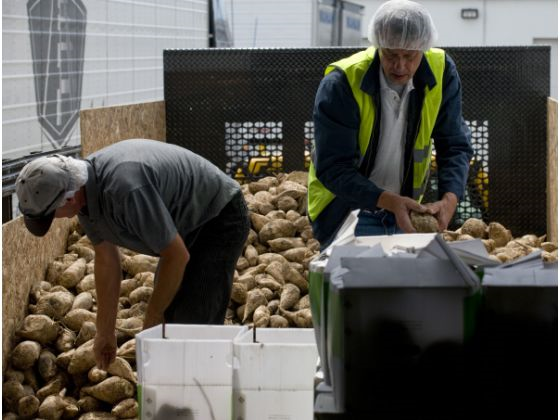 Frieda’s is very community and family oriented, so we decided to sponsor this historic, community event. A small team of Frieda’s employees volunteered to work the Frieda’s booth at the festival. And, I have to say it has been fun to watch the team from the sidelines and what they come up with!

As you may know, some of the exotic produce that we sell looks kind of unusual. So, the Frieda’s Sugar Beet Festival team came up with the idea of a “petting zoo.” No, there will not be any animals at our booth, but visitors will be able to pick up and touch our crazy looking produce. Isn’t that a fun idea?!

And here is the backdrop for our booth. As you can see, we have a rich history…and we have a lot of fun at Frieda’s! 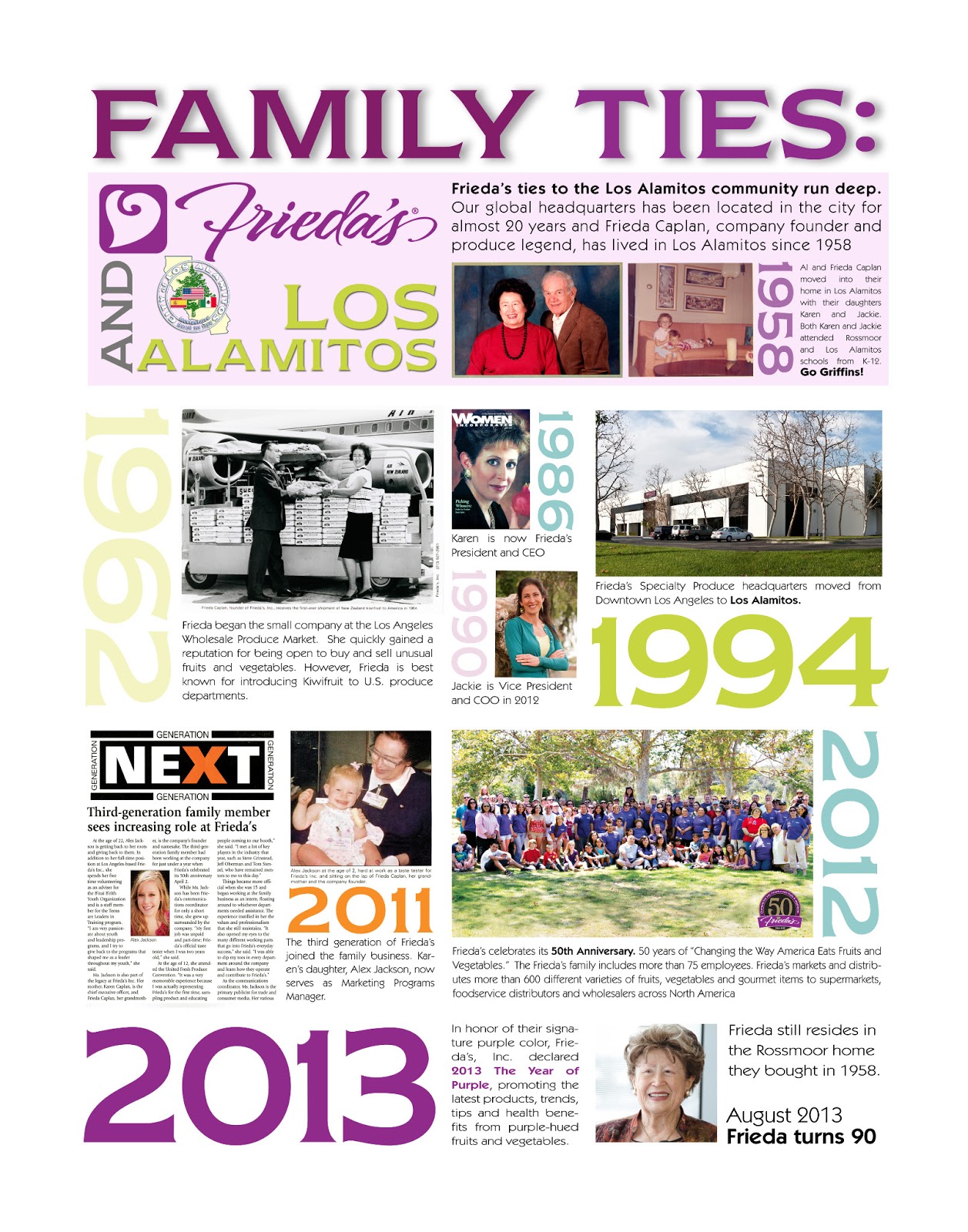 What lesson did I learn from the planning process of the Sugar Beet Festival? I learned it is often times a good idea to take a chance and let non-managers in an organization have fun creating an idea or working on a project. I originally learned this idea from reading Daniel Pink’s book “Drive: The Surprising Truth About What Motivates Us.”

You should try it!