What the cold weather means for fresh produce

While there has been record snowfall and freezing weather in Chicago, Tulsa and the East Coast, we were all surprised to see snow in Dallas and Houston, two areas where snowfall is rare.

What you may not know is that even further south in Sonora and Sinaloa, Mexico — two big growing areas for fresh produce — there has been a wave of sub-freezing weather. This past weekend, temperatures there completely devastated and may have destroyed between 50 and 100 percent of the entire winter crops of green bell peppers, eggplant, green beans, shade house cucumbers, tomatoes, melons and squash. (See photos!) 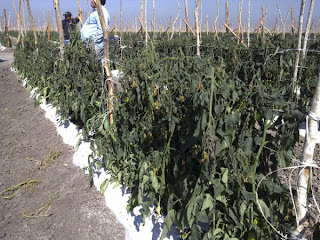 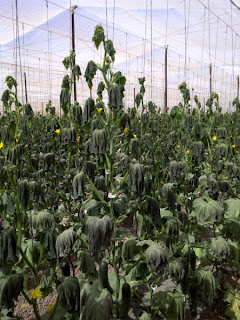 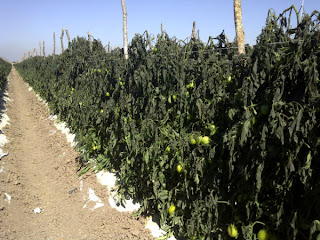 We’re so used to going into our local grocery store and having a wide selection of almost every fruit and vegetable year-round, that we may not even think about how this freezing weather in far away places is going to affect us.

First of all, we will probably see prices of fresh produce increase. That only makes sense, as supplies are now much tighter and demand remains constant.

Second, we’ll probably see that the quality of the produce is not as good as it usually is. When plants are “stressed” (like during freezing weather), they don’t always produce the greatest looking fruits and vegetables and production levels decrease dramatically. And the produce may not last as long when you get it home. Lettuce leaves may turn red quicker, or peppers may start to shrivel.

Luckily, the produce industry is quite resilient. Suppliers may start importing items from other countries to make sure there are sufficient supplies. There are also many greenhouse growers in the U.S., Canada, Mexico and other countries whose products will pick up some of the slack.

Remember those Florida growers who experienced a freeze in December? Well, they are already predicting good production of their crops in late March and early April. (Most row crops take between 60-90-120 days to produce another crop, so the recovery is right on schedule.)

We’re not going to run out of food. But, I do suspect that the very low prices we are used to will start to rise. Here in the United States we have one of the lowest costs of food per capita in the world. We’re spoiled.

Our unusual weather patterns are changing that.

Something to think about.
Karen