Have you ever heard of Hatch Chiles? Maybe you haven’t.

There is a place called Hatch, New Mexico — about 40 miles north of Las Cruces — where they grow these amazing chile peppers. They look similar in shape and color to regular green Anaheim chiles, but tend to be more flavorful and can be quite spicy, depending on the variety.

There is a French word “terroir” that describes the unique taste and flavors that a food item takes on because of the geography, geology and climate. It is most often used when describing wine and their unique flavor properties. For example, only sparkling white wine produced in the Champagne region of France can be called “Champagne.” The same thing applies to chile peppers grown at the elevation of 4,000 feet of Hatch, New Mexico. Some, say it’s magical.

Over the years, a large consumer following has developed for these amazing chile peppers. In fact, this weekend — September 3 and 4 – the Hatch Chile Festival is taking place in the small town of Hatch, and over 30,000 people from all over the country will attend to get their hands on those special chile peppers. One of the most popular attractions is the live chile roasting, which sends out a distinctly spicy aroma in the air.

The Hatch Chile season is relatively short – usually from early August through mid-September, so the festival happens at the peak of the season.

If you happen to live in Southern California, you may have noticed a growing trend of Hatch Chile roasting events at local supermarkets and public venues. It’s gotten to be quite the rage!

This year, my company decided to host a few Hatch Chile roasting events with one of our retail client-partners, Ralphs Grocery. Here are some photos taken at the events and you can see that by having an actual tumble roasting drum (kind of like the thing they pull raffle tickets out of, but with a large flame!), it creates a lot of excitement in the front of the store. 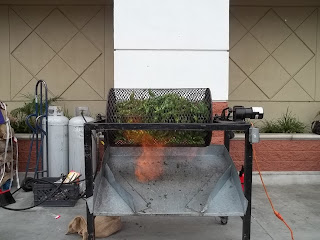 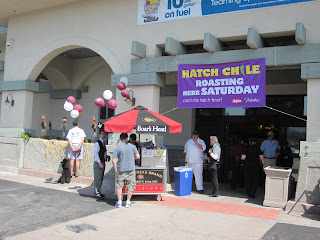 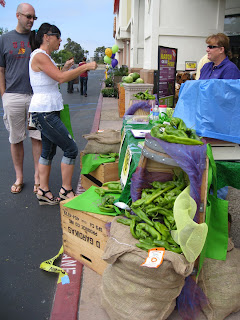 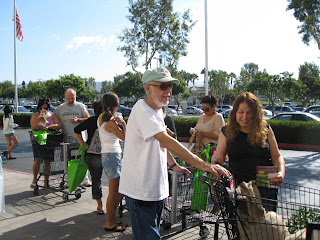 Here’s a quick video showing the roaster in action:
http://www.youtube.com/watch?v=cLwzJkWtYVs

Since fresh Hatch Chiles are only available for about six weeks each year, many people will load up and buy 10 to 30 pounds at a time and freeze them to enjoy year-round. A few customers even purchased 90 pounds at a time!

It has become such a big deal, that one of my industry friends who heard about our Hatch Chile roasts sent us this email:

“Even Chili’s Restaurant has a Hatch Chile Hamburger on their menu here in Cincinnati!”

If you really love chile peppers (that would make you a “Chile Head”) and have a supermarket in your area that you think would be a good candidate to host a Hatch Chile roasting event in 2012, let me know!

Are Thank-You Notes Still Relevant? Why I Shop Locally Winning
Previous | Next

Are Thank-You Notes Still Relevant? Why I Shop Locally Winning