Being best in show 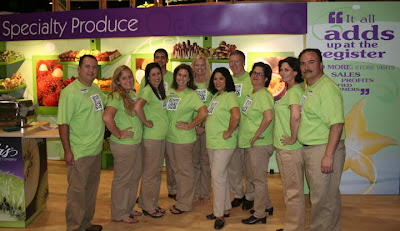 I spent this past weekend in Orlando, Fla., attending the annual Produce Marketing Association (PMA) Fresh Summit Convention and Expo. I have been attending this annual produce industry expo since 1974 when I was a sophomore in college, and this year was Frieda’s 37th consecutive year of exhibiting.

Planning for PMA is a year-long process for us. Right after one show ends, our team huddles for a “did well, do better” session where we document all the comments and make adjustments accordingly in preparation for the following year’s show.

For this year’s show we decided to redesign our booth and make it smaller. We found that bigger is not always better (but surely it is more expensive!) I spoke to some companies with large booths who spend close to $250,000 each time they attend this trade show! 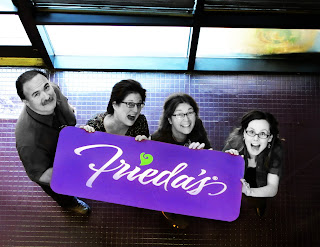 I work closely with our marketing team for the PMA show (see photo of the team). This year they had a bigger than usual job because we wanted to change the overall look and feel of the booth. I also gave them a challenge: I wanted Frieda’s to win an award. Several years ago PMA started giving awards to exhibitors for “Best of Show,” and because I am so competitive, this was on my wish list. (More than 900 companies exhibited, so the competition is fierce.)

The booth overhaul process began by reviewing proposals and drawings from several booth design firms. We selected Reveal Exhibits because they met our marketing requirements and their streamlined design made good use of the limited space. There are many elements to consider when constructing a trade booth: color selection, lighting, product display, photography, graphics, and messaging. These elements work together to creatively communicate your message to the target audience. 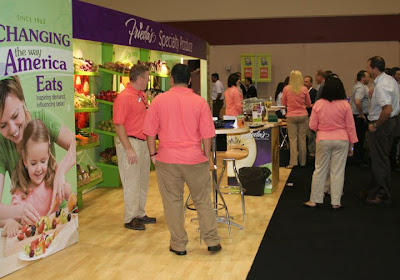 This summer my sister, Jackie, and our art director, Marliese, traveled to Reveal’s headquarters in St. Louis to inspect the final construction. Marliese spent hundreds of hours photographing and designing the booth graphics, so we wanted to make sure everything looked perfect.

Our finished product is 10 feet deep by 30 feet long and has custom displays for more than 30 produce items. In addition to the booth’s appearance, we also spent some time planning our appearance. We carefully selected the clothing that our team wore during the show. We wanted our shirts to complement the colorful backdrop of the booth. 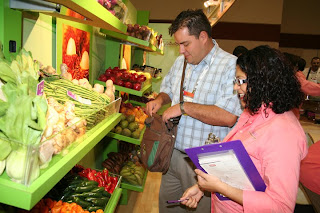 Take a look at the photos so you can see the results of all our work. You can see how colorful the booth was!

And guess what?! On Sunday afternoon, a booming voice came over the P.A. system to announce the Best of Show winners. We all paused to listen…

They only give two prizes for booths in our category, so it was a HUGE THRILL when they called out “Frieda’s” as one of the winners! Even though we won 2nd place, it was an amazing feeling to get an award. Here is a photo of our team accepting the award at our booth. 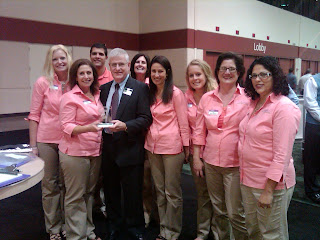 I mentioned that I have been attending PMA every year since 1974. Well, I lied. I missed one. It was October 17, 1989. That was the day my first daughter, Alex Jackson, was born. Yes, while a produce convention was concluding in Reno, Nev., I was in labor with Alex in Long Beach, Calif.

So you can imagine my delight when Alex decided to spen 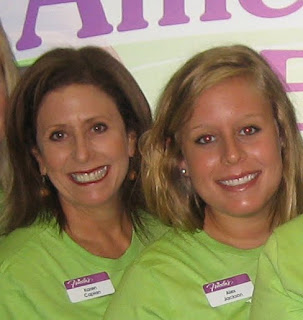 d her 21st birthday this year with us at PMA. (She has been coming to produce events with me since she was 2.) I guess that makes us a third-generation family business now.