Everyone, this is Carlos. And I love him. 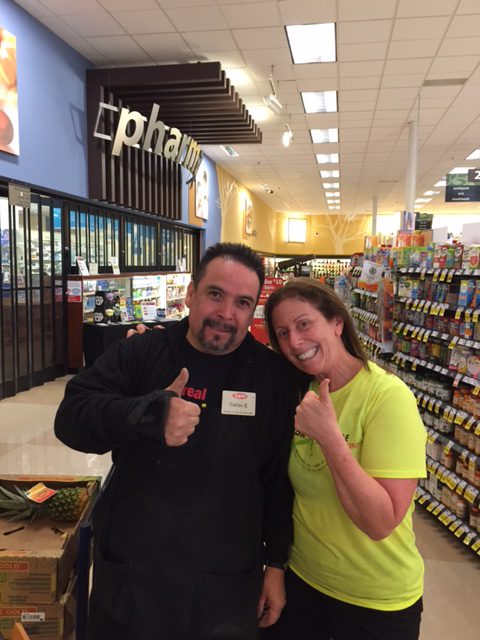 Carlos works in the produce department of my local Ralphs grocery store. He’s the guy I go to when I can’t find something. I love his smiling face and we always say hello when he is there. He works on Sundays, when I usually shop, so I see him almost every week.

I wonder if non-produce people get to know the produce personnel at their regular grocery stores? I hope so. It comes in so handy to have a personal relationship with the produce guy or gal.

Do you know why I love Carlos?

Just this weekend, I went into my store and was looking for a head of white cauliflower. I couldn’t find it anywhere. All they had was green cauliflower, so I picked up a green head and put it into my basket. As I was leaving the department, I mentioned to Carlos that they were out of regular white cauliflower.

Carlos insisted that I wait a moment while he went to the back to look. Sure enough, they were out of the conventional cauliflower, but they did have them in organic. He offered one to me at the same price as regular cauliflower. As in many produce departments, the organic items are separate, and I didn’t even think to look there. Problem solved!

I mention this story because there is a national holiday this week that honors produce managers! It’s called “Love Your Produce Manager® Day” and it is Thursday, April 2.

Now, in full disclosure, our company conceived of this national holiday to acknowledge produce managers, the unsung heroes in produce departments. This is the fourth year it has been officially celebrated and listed in Chase’s Calendar of Events.

I don’t think it’s just me who thinks the produce manager is important. Check out what Meryl Streep has to say: 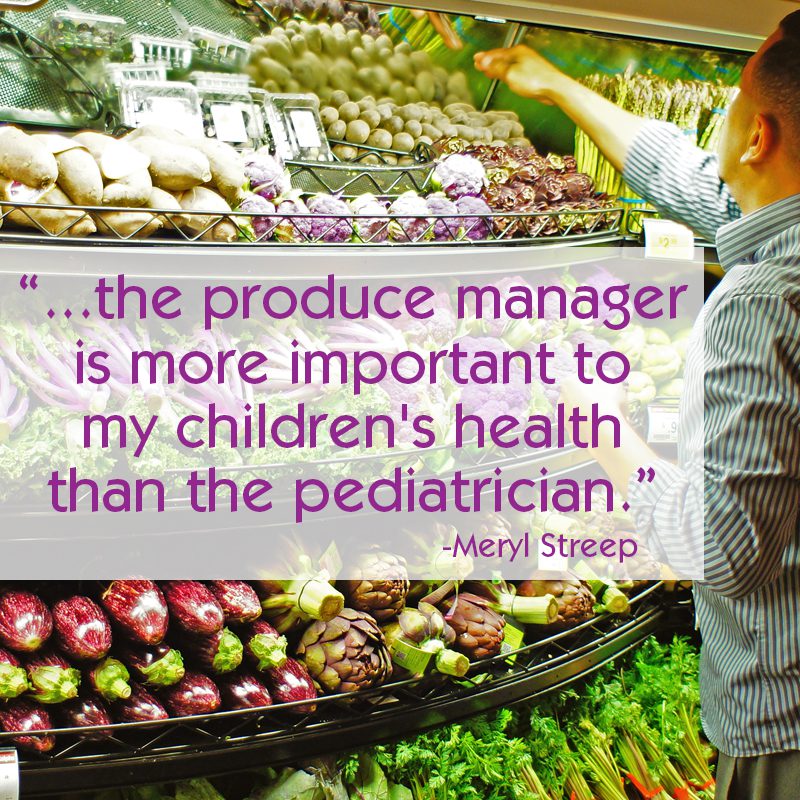 Get out there and get to know your produce manager!