Last Saturday evening I was invited to a gratitude party for L.A. Compost. “Gratitude Party.” What a great way to thank your supporters in a non-pretentious way. And the price of entry? Make a donation of an amount you feel comfortable with to support L.A. Compost!

Getting there was a bit of a driving adventure as it was located in a warehouse/gallery in a small neighborhood near Dodger Stadium (Go, Dodgers!). Even though it was only about 20 miles from my house, it took an hour to get there, weaving through the neighborhoods of South Central L.A. It actually wasn’t too far from Chinatown and DTLA (downtown LA), and the Los Angeles Wholesale Produce Market where I worked after college.

The founder of L.A. Compost, Michael Martinez, greeted the small group of 80 people shortly after I arrived. His story was so inspiring. Originally from Los Angeles, he ended up as a Teach for America school teacher in Miami-Dade, Florida. During his time as a teacher, Michael was astounded that the young people he worked with didn’t know where their food came from. He helped the students, their families, and the community create communal gardens at the school. He remembers the kids getting so excited to see broccoli and other vegetables growing that they actually fought over who would get to eat the food!

When he relocated back to Los Angeles, and with the passion that obviously percolated while working for Teach for America, he decided he wanted to make a difference here in SoCal. So he founded L.A. Compost, a nonprofit that began by working with four schools to lead students in composting waste from cafeteria kitchens. Michael also oversees compost and garden hubs at the Natural History Museum of Los Angeles and the University of Southern California, where he runs school and community workshops.

The gallery where the event was held was filled with various pop-up displays demonstrating how composting works and highlighting a few other organizations. Two of the pop-ups really caught my eye.

Imperfect Produce offers home delivery of misshapen fresh fruits and vegetables that would normally not make its way to consumers. Its business model is, essentially, to seize the rejects! Imperfect Produce, an actual company, and other organizations are finding ways to reduce the amount of wasted food by making it “sexy” to be ugly, misshapen, and dimply. (Conventional supermarkets and club stores typically insist on consistently sized and pristine-looking produce, and will reject it for blemishes or marks that really have no effect on the eating quality.)

Next to Imperfect Produce was a pop-up for L.A. Kitchen, which was started in 2015 by Robert Egger (who also started the famous DC Central Kitchen). Robert created a teaching kitchen, reclamation center for wasted food, and feeding facility for low-income senior citizens all rolled into one. It’s really brilliant. Gather up the food that would normally go to waste and give it to the hungry. 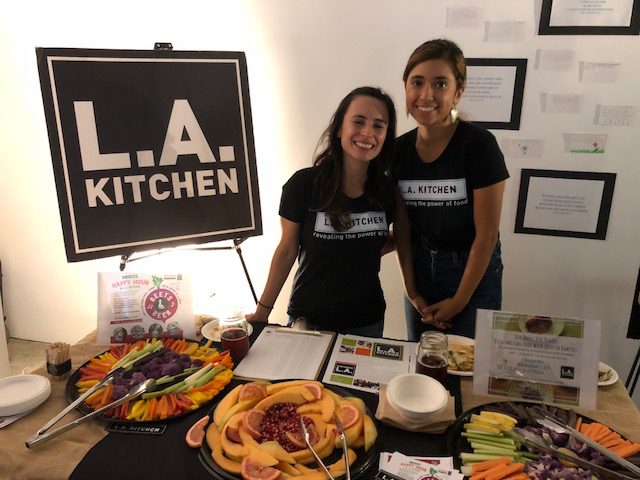 What was so interesting about these two organizations is that they explained to me how they find themselves working together. If Imperfect Produce has fruits and vegetables it does not get orders for, it is donated it to L.A. Kitchen, which then processes the fresh produce into food and meals for the hungry. And if L.A. Kitchen has excess fresh produce, it oftentimes allows Imperfect Produce to market it.

If you’re reading my blog, chances are you have never known hunger. However, whether you know it or not, you probably live in a city or county that does have extreme hunger. Many times it is camouflaged. People are ashamed to say they are hungry. Through my work with the Second Harvest Food Bank of Orange County, I have learned that even in my own county thousands of people (many of them young children, entire families, and seniors) experience food insecurity every week.

Many of us do what we can to help alleviate hunger. We provide canned food during a food drive or we write checks to food banks and other organizations who provide food to the hungry. We may volunteer at a food kitchen during the year or during the holidays.

But how many of us will make it our personal mission, our career or avocation, to find solutions to help feed the hungry? To educate people on how they can personally make a difference? To literally walk the talk?

I say that Michael Martinez is a pretty amazing guy to find such a holistic way to create and promote healthier lifestyles. He has partnered with existing organizations (like Imperfect Produce, L.A. Kitchen, and others) and continues to use his training as a teacher to educate young people on how to make healthy choices and create a healthier planet.

Like many, I recycle at my home and in our office. I’ve thought about composting at my house, but was talked out of it by friends who said, “It can be smelly.” After attending Michael’s gratitude party, I think I need to do further investigation into composting. Perhaps that will help me with my next big project: a home garden! 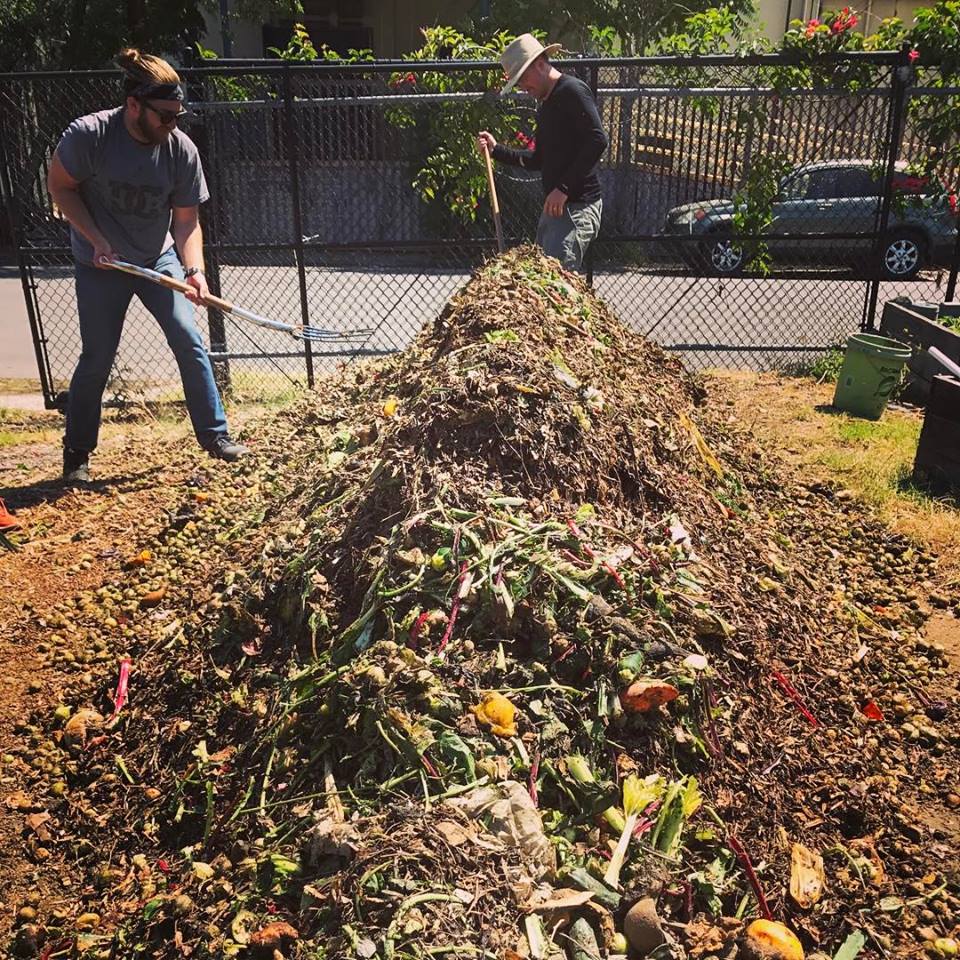