Is It Dragon Fruit or Is It Pitaya?

What’s the difference between dragon fruit and pitaya?

The actual name, pitaya or pitahaya (they are interchangeable), stems from the Latin American heritage of this beautiful exotic fruit. It is native to Central America (dating back to the 13th century). However, it made its way to Vietnam and Malaysia (probably due to its popularity with Asian consumers), where it is now widely grown. We’ve heard that the Vietnamese name, “thang loy,” somehow translates into the English words “dragon fruit,” and thus the different name. In Israel, where the fruit is commercially grown and being imported into the U.S., the growers like to call it “pitaya” or “pitahaya,” while the Vietnamese growers label theirs “dragon fruit.”

So, whether you see them called pitaya, pitahaya, or dragon fruit, they are all basically the same fruit. And you are probably starting to see them everywhere! Whether it’s fresh in the produce department of your supermarket, or at your favorite juice bar, or even as a scent in an air freshener. 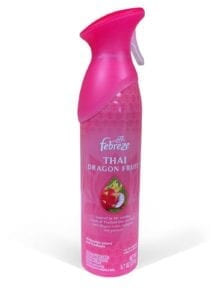 And dragon fruit comes in many different internal colors: 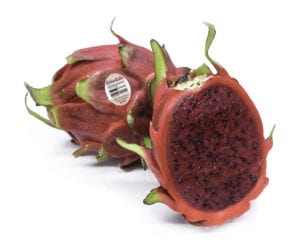 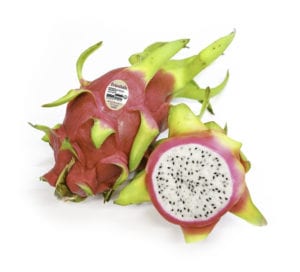 And, you might have seen some gorgeous fruit from Israel earlier this year, labeled as “Pitaya” or “Pitahaya.” 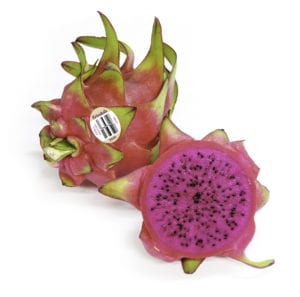 The one thing most dragon fruit have in common is their nutritional qualities—high in fiber and vitamin C. But the flavor profile of each fruit can be different. The white-fleshed fruit from Vietnam is gorgeous on the outside, but has a mild, non-distinctive flavor. Contrast that with the dark-purplish red flesh from fruit grown in Nicaragua, which is like a sweet, juicy, meaty watermelon.

So, next time you’re walking by the tropical fruit section of your produce department and you see a big display, don’t be afraid to buy one and try it! Dragon fruit have a fairly short shelf life, so it’s best to take them home and include them in a fruit salad or smoothie that day or the next.

We’d love to hear what you think!