This past Monday evening, my sister, Jackie, and I accompanied our mom, Frieda, to an event hosted by UCI MIND, the UC Irvine Institute for Memory Impairments and Neurological Disorders.

Attending this event were more than 150 people in the Orange County community—most of whom would definitely be considered “seniors” (that would be over 60 if you attend the movies).

But, first, let me go back almost three years. My mom and I attended a talk at UCI, as part of a professional women’s weekend retreat. I had to attend a meeting during one of the talks. When I returned, my mom told me that she had decided to donate her brain to UCI MIND, when she passes. (Both my parents had decided many years ago to donate their bodies to science after their passing, in hopes they could provide insight into aging, etc.)

I have to admit that I teetered between feeling a bit surprised and not being surprised at all, as my mom has always been philanthropic and community-minded, with a lot of foresight. What she learned at that presentation was that UCI MIND was one of only 30 facilities in the country doing research to find a cure for Alzheimer’s.

In addition to looking for funding, UCI MIND was looking for volunteers for a longitudinal study. The team planned to study the brains and capabilities of people who were still alive, track them over time, then study their brains after they died. At that time my mom was 92 years old and in fine shape (both physically, and more important, mentally), so she would be a rare and special candidate for this study.

So, the team from UCI MIND came to our offices in Los Alamitos and disclosed to Mom, with Jackie and me in the room, what was involved. She would have to go in for a battery of tests every year. In addition to the normal cholesterol, blood pressure, EKG, and other tests, she would take a multi-hour test of her cognitive abilities. “Sign me up!” Mom said.

After that initial round of tests, Jackie and I accompanied Mom to UCI to hear the results. Frankly, Jackie and I both looked at each other, questioning how we would do on some of the memory tests. That’s when I learned the importance of getting at least seven and a half to eight hours of sleep a night. The tests explained for Mom what causes her, on occasion, to have trouble remembering names. We also learned that, for people her age, she performed above average in the professional decision-making arena.

Turns out our mom is in excellent health overall. Jackie is her testing buddy, so goes with her for the annual tests. Jackie is also interviewed to share her observations.

At one joint session with the UCI MIND team, I asked if they had done a video or commercial on the program. I mentioned that Mom was excellent on camera and very experienced. I thought her story would be compelling.

A few months ago, they contacted us because they wanted to interview and tape Mom as she explained why she decided to participate in the study for a video presentation. They did the taping the week Mom turned 95.

That’s where we went on Monday—to watch the screening of this testimonial video, which will be part of a call to action for the community. 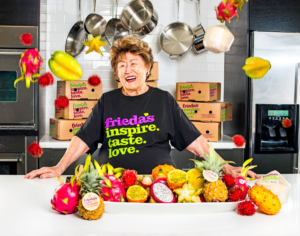 In addition to seeing the video for the first time, we heard from Joshua D. Grill, Ph.D., the director of UCI MIND. Dr. Grill was so compelling! When asked how far along they were in finding a cure for Alzheimer’s, he compared the research being done to that for HIV/AIDS. He said the first few drugs that were discovered in trials decades ago did not make a significant improvement in the lives of HIV/AIDS patients. But over time, as more drugs were proven in trial, they were able to combine them into cocktails (multiple drugs used together). Now, in 2018, HIV/AIDS have gone from being a death sentence to being medically treatable conditions. Not curable, but people can survive for a long time.

Dr. Grill said Alzheimer’s treatment is moving in the same direction. That’s why they are looking for funding and people to participate in trials.

His expertise is in designing trials and the ethics of trials. He said if the trial’s design is flawed, the results will be flawed and useless.

I couldn’t help but think about how that applies to my business. How many times has someone had a “great idea” at my company and wanted to rush it through? The possible obstacles are not fully considered or we push through a project just to get it off our plate, rather than going through the details and having a cross-functional team to shoot holes in it. We all know how that ends.

So, back to UCI MIND. If anyone in your family has been affected by Alzheimer’s or dementia and they have an interest in possibly supporting or participating in the studies, I hope you will contact UCI MIND.