Riding on the Metro

I am a second generation Angelena, born and raised in Southern California. Even though I have lived here all my life, I discovered a part of L.A. that I never knew was there.

And that is the amazing Metro rapid transit system, based out of Union Station, in downtown L.A. (or, as it is now referred to, “DTLA”).

Even though the most frequent complaint about Southern California is our lack of a rapid transit system, you can see from this diagram that we apparently do have an amazing system. In fact, LA Metro is the third most comprehensive system in the country.

I was intrigued when I received an invitation to attend a Metro Art Tour this past Saturday. Apparently, in addition to six Metro rail lines and almost 100 separate stations, some real artistic treasures are contained inside the actual Metro stations. 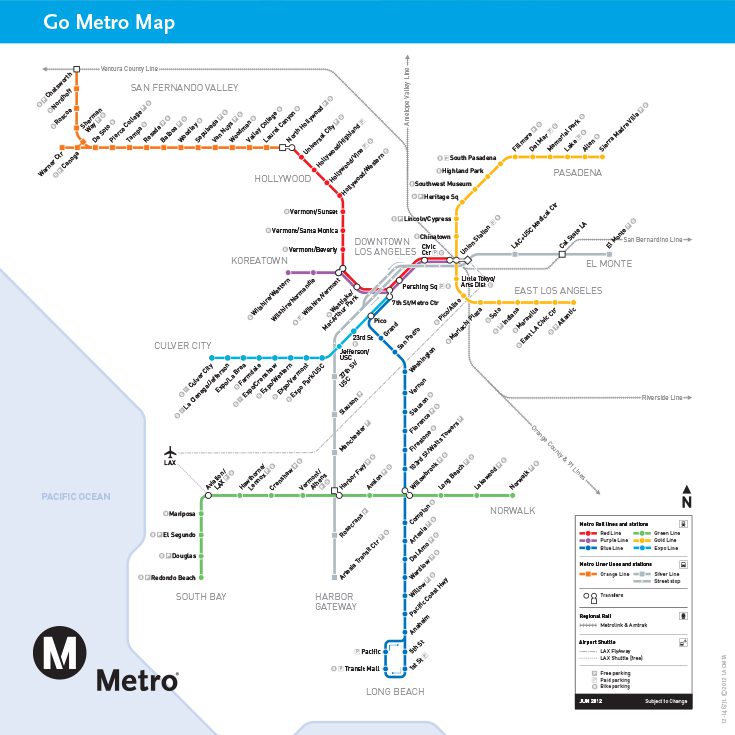 So, off I went on Saturday morning to meet a small group at Union Station. For some historical context, the L.A. Union Station was built in 1939 and is the largest railroad passenger terminal in the western United States. It is widely regarded as “the last of the great train stations.” The station’s combination of Spanish Colonial Revival architecture, Mission Revival, and Streamline Moderne styles makes it one of L.A.’s architectural gems. It has appeared in many films.

I’ve been to Union Station many times, mostly for events. But as a passenger, I was impressed with how clean the station is, and at 11 a.m. on a Saturday, just how many Angelenos use it. You can learn about the many well-known artists and the artwork they provided to the station here. If you’re an art student or art lover, you would have a field day walking through the station.

So, our group jumped on the Red Line and headed to Hollywood. After a 15-minutes ride, we got off at Hollywood/Vine (probably the most famous intersection for visitors to Hollywood). As we took the escalators up, we found ourselves staring at the famous Pantages Theatre and an impressive section of sidewalk filled with “Stars.” But it was actually the inside of the station that got my attention. 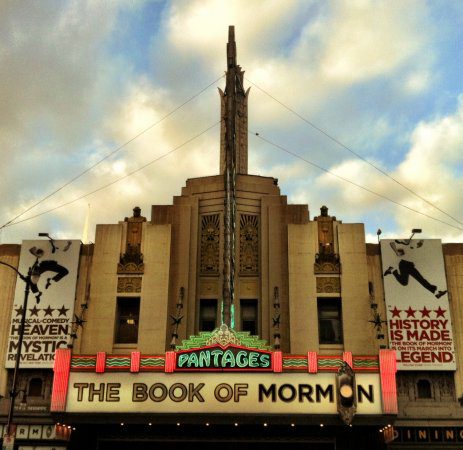 The walls contained tiles that made it look like a Hollywood stage with big, thick curtains. The large poles were decorated in tiles that made them look like palm trees. The ceilings were covered completely with empty film reels! They even had two movie cameras from another era on display! And of course some of the floor tiles were yellow (reminiscent of the Yellow Brick Road); on the walls were hand-painted tiles of characters from The Wizard of Oz.”

At the Vermont and Sunset Station, which is near many major hospitals and the famed Hollywood sign, the décor was enhanced with floor tiles highlighting medical and scientific symbols, and one wall showcased a particular astrological constellation.

Although our tour was only of those two stations, our guide gave us a brochure that showcases all of the Metro stops. I am already planning to find an excuse to ride the Metro to get from Long Beach to DTLA to Santa Monica sometime soon.

If you happen to find yourself coming to Southern California, Metro Rail Tours are offered on the first Saturday, Sunday, and Thursday of each month.

While you’re parked at Union Station, I recommend that you walk across to Olvera Street, part of the historic district of El Pueblo de Los Angeles. The popular area has many mercados, restaurants, street vendors, and some of the most delicious and authentic Mexican food around.

Now I – and you – know how to bypass most of the traffic in L.A.! Take the Metro and catch an Uber, Lyft, or taxi to your destination.