Last week I attended a conference in Salinas, California, which is known as “the salad bowl” of the country. More than 70 percent of all the lettuce grown in the United States is from the Salinas Valley.

Sponsored by Forbes Magazine, the AgTech Summit was the brainchild of former Salinas Mayor Dennis Donohue and entrepreneur Bruce Taylor. Donohue is also a produce grower and marketer of vegetables, and Taylor was born and raised in Salinas by a multi-generation produce-growing family. He is also the founder and CEO of Taylor Farms, one of the most successful privately held companies in the country.

Donohue and Taylor’s vision was to find a way to connect the agriculturally rich Salinas Valley with nearby Silicon Valley, where innovation, disruption, and technology are incubated daily.

Why would they want to connect agriculture to technology? To convince the technology hub of the world to use some of its brainpower and innovation to assist the food industry with a few of its biggest challenges, namely limited water, limited labor, and changing weather patterns.

And as the story was told to me, their PR person made a random called to Forbes Media to assess their interest in being involved in an agriculture/technology conference. Turns out Forbes was not only highly interested, the company immediately agreed to take the lead role in the conference!

You can read about the program, speakers, and field trips we took on the conference website. But I’d like to share with you what I found most interesting and what I learned during my two days in Salinas. 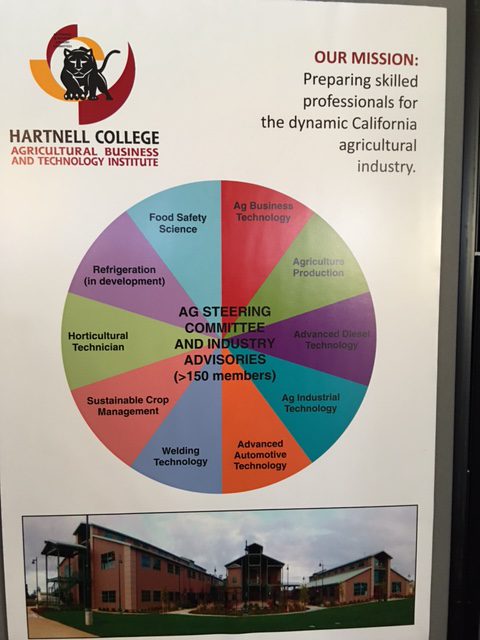 The president and COO of Forbes Magazine, Mike Federle, attended the conference. It might surprise you to learn how I know him.

About six years ago, I was on an airplane flying from Charleston, South Carolina, and sat next to his daughter Allie. She is the same age as my eldest daughter. We struck up a conversation about flying, which she disliked, and I shared with her some of my experiences when I learned to fly an airplane when I was 25. At the end of the flight, I gave her my business card and we have kept in touch over the years. She connected me to her dad.

Who knew that a random meeting on an airplane would end up allowing me to be on a first name basis with the president of Forbes? That taught me that networking can happen when you least expect it. During the AgTech conference, I collected more than 30 business cards. I wonder what business opportunities will come from those new connections?