The Difference Between Barbecue and Grilling

Last weekend, I attended a cooking class conducted by my favorite longtime local chef, Alan Greeley. Alan is well known in Orange County as the chef-proprietor of The Golden Truffle restaurant in Newport Beach. Earlier this month, he announced that after 37 years, he is closing up shop in August. Turns out he is moving to Sarasota, Florida, to start a new chapter in his life. The local paper did a nice story on Chef Alan and the history of The Golden Truffle. (Alan also helped us develop our favorite recipe for our Stokes Purple Sweet Potato a few years ago.)

The first time I dined at The Golden Truffle, I noticed all the framed photos of Alan with Elton John. I learned that Alan was once invited to make dinner at a local executive’s house. He rented a giant tub, filled it with ice, and created an amazing display of fresh seafood, plus prepared some amazing dishes. Turns out the guest of honor that evening was Sir Elton John, and a lifelong friendship was born. Rumor has it that whenever Elton John is in SoCal, he has Alan deliver some of his famous curried pies, always quite popular with the British. 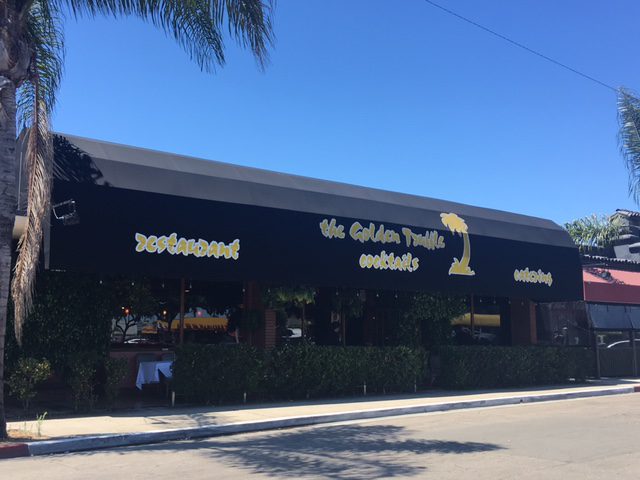 So, when I received an email that Chef Alan was conducting his last ever Father’s Day Barbecue Cooking Class, I signed up immediately. I got there early, walked straight to the back of the restaurant, and found Alan. After a big hug, all I could say was, “WTF?” (You have to know Alan…the “f” word is one of his favorites. He frequently peppers his conversations with it, so it was quite natural for me to say that.) He let me know that his longtime love, who worked by his side for many years, had moved to Florida, and it just wasn’t as much fun without her. So he’s moving to Florida to be with her.

When the class started, there were about 50 of us there, all longtime restaurant patrons and friends of Alan. We were all poured a lovely glass of Listel Rosé and Alan started talking. He often referenced his favorite barbecue cookbook. 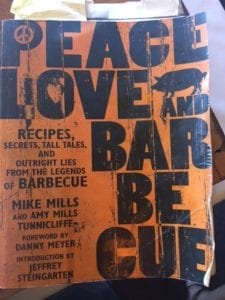 He started the class by explaining the difference between barbecue and grilling. According to Alan (and I took this verbatim from his notes):

Barbecue is a whole day social event. You show up early, light the fire, start drinking, gambling, playing cards, be sure you have a case or two on ice, do more drinking, a little nooky if you can pull it off, take a small nap, shower to wash off the smoke, prep the food, have a fresh drink, and it’s time to eat.

Grilling is a 1-2-3 hour affair. Pour yourself a drink if no one does first (if you invite the right guests, they will pour it for you). Light the grill, add some asparagus, steak, fish, etc. No clean up, no hassle. Eat.

As you can tell, Alan is a lot of fun and has a great sense of humor.

I also learned a lot of helpful hints from him during the hour he spoke to us:

■ He said not to barbecue in linen or cotton clothes because you will never get the smoky smell out of them.

■ The best barbecue is a Weber because you can control the air flow. He said it’s all about air flow (with a Weber, you don’t have air leaks). He said the Big Green Egg is a Weber on steroids.

■ He told us that the reason you need to allow a whole day (and lots of alcohol) when you barbecue is that the key is not to rush it. It takes time. He laughed while recounting some of his friends calling him during a barbecue and complaining to Alan that “the food wasn’t done yet. It didn’t cook fast enough.” Alan says you cannot rush barbecue. It’s all about heat, smoke, and going slow.

■ He talked a bit about cold smoking (Scandinavian style), and how to brine meat or poultry. I learned that while adding salt to veggies (like eggplant) will leach out the liquid, when you brine meat, it actually causes it to absorb liquid, thus making it more tender.

He did tell a few barbecue jokes; here’s the only one that was G-rated:

The definition of Tennessee BBQ: Chase a pig up a hickory tree. Light the tree on fire. Have dinner.

After an hour of sharing his secrets to great barbecue and giving us a behind-the-scenes tour of his custom-built smoker (outside behind the restaurant), we all sat down for a lovely lunch of brisket, pulled pork, barbecued potato salad, smoked salmon, cherry tomatoes with dill, and peach melba for dessert. And lots of Listel Rosé.

I know I have about six more weeks before the restaurant closes and Alan drives across the country. So I’m sure I will be back a few more times to share a glass of wine with him and let him decide what I will have to eat. It was at my first meal at The Golden Truffle over 15 years ago that I experienced not ordering off a menu, letting the chef decide what was best.

If you find yourself in Orange County soon, I highly recommend a meal at The Golden Truffle. Bon appetit!