The Five-Second Rule That Changes Everything

This week I joined 250 other women in the produce business for an annual conference in Miami, Florida. Like many industries, fresh produce has long been male-dominated. As a matter of fact, my mother, Frieda, was regarded as the first woman business owner in produce when she started our company back in 1962.

Women’s Fresh Perspectives was started by our industry association as a way to reach out, encourage, train, and mentor the many women who have joined our industry. This was the conference’s 5th annual meeting. I found it exciting that for about 50 percent of the women there, it was their first time attending.

We had many speakers and breakout sessions over the three-day conference. One stood out for me—Mel Robbins, a CNN commentator. 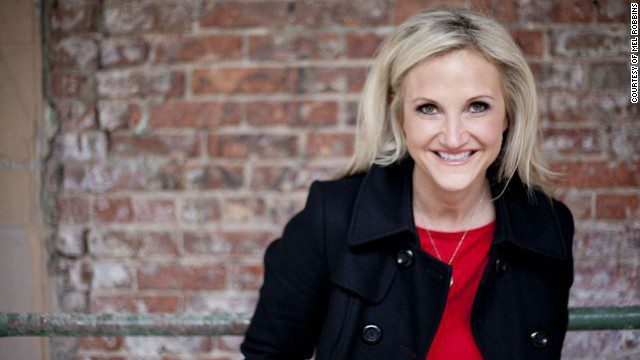 She walked onto the stage with her white, paper Starbucks cup in hand. She wore big, black, blocky eyeglasses. She spoke in a deep, matter-of-fact voice.

Mel warmed us up with this line: “First things first: I got my skirt at Anthropologie, and you can order my glittery Converse tennis shoes online.” If you’re not a woman, this probably doesn’t make sense to you. But most women, when they see another woman wearing something attractive or cute, will ask, “Where did you get that?” So, basically, Mel had us at hello.

She then told us about some crappy times she and her husband had in their professional careers back in 2011. Basically, they both lost their jobs at the same time. Unfortunately for Mel, she was on television and her firing was public.

So, not a surprise, she started to drink, got depressed, and every day was pretty much a pity party for herself. Her husband also got fired and decided to start the pizza restaurant he’d always wanted. With three kids, it was definitely a challenging time.

Her presentation to us was about how she discovered the way to jump-start her life and basically get off her ass. When she discovered the Five-Second Rule and started applying it and seeing the results, she started telling people about it. She was encouraged to give a TEDx talk about it. And in fact, at the end of this post is her 18-minute talk, “How to Stop Screwing Yourself Over,” which has become one of the most globally praised TEDx talks ever.

So here’s the definition of the Five-Second Rule:

If you have an impulse to act on a goal, you must physically move within five seconds or your brain will kill the idea.

For example, if you have a goal of gaining more respect in the workplace, you have to raise your hand the next time you’re in a meeting and you have a great idea. If you have a goal of losing weight, you can take action right now by researching healthy meal options and setting daily reminders on your phone that will prompt you to go to the gym.

Whatever your goals are, show the world, and yourself, that you’re serious by taking action, RIGHT NOW, however insignificant that action may seem. Because when you physically move, your brain starts to build new habits. When you do something you’re not used to doing, you are in the act of building new habits and erasing existing ones.

And that’s the Five-Second Rule. Mel told us that when we have an idea and hesitate, our idea will never happen. But if instead, when we have an idea, we count out loud or in our head, “5-4-3-2-1-GO,” and actually move, our chance for success is amplified. She calls it “activation energy.” (You can read more about how this works on her website.)

I know it sounds simplistic that saying, “5-4-3-2-1-GO,” to yourself will change things. But I have found myself thinking a lot about it the last two days. For example, I wanted to speak up during a conference session and I hesitated. Afterward, I regretted not participating and sharing my comments. If I had used Mel’s insights to take action, I might have gotten even more out of the conference. And I know I am not alone. I sat next to a Walmart executive during Mel’s talk; she basically told me she did the same thing. She didn’t speak up. And she wished she had.