The influence of my dad

About a year ago, I received an email from a former childhood neighbor, Steve, who asked why I never talked about the influence my father had on me growing up.

My dad, Al Caplan, was a force to be reckoned with. His mom died when he was 13 and he caught a freight train from Chicago to move out to California when he was a teenager. Then he joined the Marine Corps. He was underage when he enlisted, and there was no Internet to verify his date of birth.

After working as a union organizer for several years, he started his own company as a labor relations consultant. Some of his largest clients were in the scrap iron and metal industry, and many were grape growers.

Actually, it was my father who negotiated the first contract between Cesar Chavez/United Farm Workers and many of California’s grape growers (my dad represented the growers). My first job was working for my dad in his office, but after a short time I ran out of work and ended up working for my mother, Frieda, in her wholesale produce business.

My dad taught me many things about life and about business. Most importantly, he taught me about personal accountability. After I got my drivers license on my 16th birthday, we were negotiating to purchase a car for me. The deal was: I paid for half and he paid for half. We got the car and I handed over $1,500 (my life savings at that time – age 17). But I still owed another $1,500.

Dad and I got into a bit of a disagreement a few months later and he gave me a deadline. “Pay me the remaining $1,500 by Labor Day, or you lose your car.” I think that was the original “tough love” from a parent. I knew my dad was serious – so when I was a few hundred dollars short, I borrowed some money from my sister, Jackie, and paid him on time.

And when I wanted to live at home during summers when I was in college, my dad told me I had to pay rent: $50 a week. Yes – he was tough.

But, my dad was also fair and very generous. He quietly (and many times, anonymously) gave money to family members and close friends who were in need.

Sometime after I became president of Frieda’s, Inc. in 1986, I invited my dad to come speak to my management team about employee relations. I will never forget the title of his talk: “Firm, fair, and friendly.” That was my dad’s philosophy on how to work with people.

And I would say that those values have prevailed in the more than 25 years that I have been president of Frieda’s.

The reason I have chosen to write about my dad this week is because it is the 14th anniversary of his passing (on February 5, 1998).

When I think of my dad, however, I do not think about business. I think about health. On the day his first granddaughter, Jennifer, was born in 1964 (he was 46), he decided to quit smoking (cigarettes and cigars). He decided that he needed to take care of his health so he could enjoy all of his grandchildren.

He then became quite the health food nut. His favorite book was “Let’s Eat Right to Keep Fit” by Adelle Davis. From then on we only had whole wheat bread in our house, no sugary snacks, cookies or ice cream, and we ate lots of fruits and vegetables. My dad exercised every day, and often times watched Jack LaLanne on television while doing his daily exercise routine. 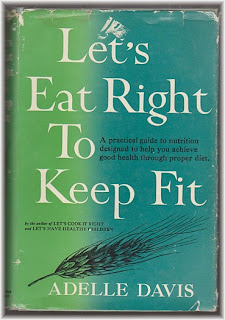 My dad lived past his 78th birthday to see all of his seven grandchildren. We all have our various memories of my dad, but I think my personal favorite was the day my first daughter, Alex, was born.

I told my parents that they could be in the delivery room as she was born. And there was my dad – camera in hand – recording the moment.

You know a lot about a person when you know about their heritage. No wonder my dad was tough, yet tender. We miss you, Dad.