I was surprised to find out that oatmeal has a lot of protein (8 grams), so that is what I have been having for breakfast. I have a wheat allergy, so I purchased Glutenfreeda Gluten-free Natural Oatmeal. I added some cinnamon, a little agave nectar and a bit of salt for flavor. And enjoyed my French roast coffee, of course. 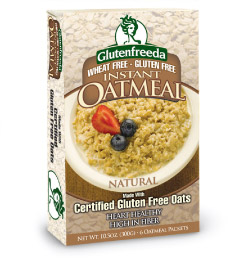 Yesterday, much to my surprise, my taste buds opened up! After almost a year of finding most foods bland and not very exciting, my morning snack of celery and baby carrots had amazing flavor. The celery tasted super salty! And the baby carrots were sweet, like candy. It was just like my friend Patrick told me it would be.

For lunch, I had a business outing planned with my colleague Aldo. I let him know that I was now vegan, so he decided to take me to his favorite vegan restaurant. It was actually more of a “hole in the wall” in a strip mall. Called “The Secret Spot” overlooking Huntington Beach, it had the most heavenly tasting food. I had a vegan burrito they dubbed a “Currito” as the sauce is curry-based. I could only eat half of the huge Currito, but it was filled with pineapple, rice, beans, avocado and cashews in a yummy curry sauce. 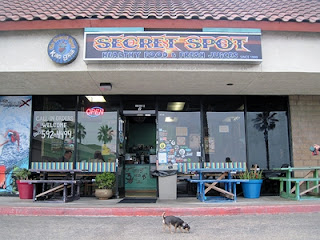 My sense is that a lot of vegan restaurants are popping up, but I’ve never noticed or paid attention to them before. I bet there are some in your area, too.

I balanced out my day with some watermelon, trail mix (not too much as the almonds and pistachios are high in fat), and kale chips (my favorite is Alive and Radiant Kale Krunch, Organic Tarragon Dijon) and a small amount of vegetarian chili for dinner. Many people have suggested I watch my energy level, since I am not eating as much protein. So, at the end of my day, I thought a walk outdoors would be the best exercise instead of getting on my treadmill or going to the gym. I took a 2 ½ mile walk and found that, even after a very long day at work, my mind seemed clearer and my energy level was fine. Actually, I felt a lot less stressed than I usually do.

Maybe the change in diet will help reduce my stress?