Why I Use An Electric Toothbrush

I thought I had always taken good care of my teeth. That included going to see my dentist twice a year to check for cavities and have my teeth cleaned by a hygienist.

But a few years ago, after I decided to use Invisalign® to get my once-straight teeth re-straightened, I started to see a periodontist, a dentist who specializes in gums. My periodontist is Oscar Valenzuela. I see Oscar once a year and he takes measurements of the gum line on each of my teeth to determine if I have unusual recession of my gums. I know some recession is normal with age, but I learned that my over-zealous brushing technique actually caused additionally recession.

I remember my first visit to him. “Do you floss your teeth?” I said, “Sometimes.” Then I asked him, “So, how often should I be flossing?” He responded with: “You should only floss your teeth on the days you want to keep them!”

Got it. So I started flossing my teeth every night before I went to bed, right after I brushed my teeth.

I asked her more about using an electric toothbrush. She said it was more consistent in applying pressure while brushing. Plus, some models have a timer on them, which ensures you brush for a full two minutes (30 seconds on each section of your teeth: upper, lower, inside, and outside). Two minutes of brushing your teeth with a manual toothbrush seems like forever.

So, I went to Costco and bought an electric toothbrush (the brand Mylene suggested, Philips Sonicare). When I started using it, I could not get over the super clean, smooth feeling of my teeth. They felt completely different, as compared to when I was using a regular manual toothbrush. Here are some toothbrush options.

Three months later when I went to see Mylene, she noticed the improvement. Nine months later, when Oscar re-measured the recession on my gums, he told me they had stabilized and improved. Within a year, I had graduated to visiting Mylene every four to five months.

And with all I have been learning about Alzheimer’s, there appears to be some sort of potential link between “plaque” in our teeth and “plaque” in our brains (which is what causes Alzheimer’s). Just today, I learned from my coworker Cindy that in her previous job at Wrigley’s gum, they had done research showing a link between gum health and heart health. Personally, I don’t chew gum for other reasons, but there are gum types which can help reduce plaque.

So, my recommendation is: 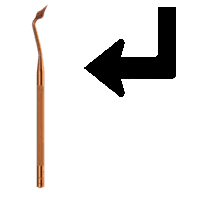