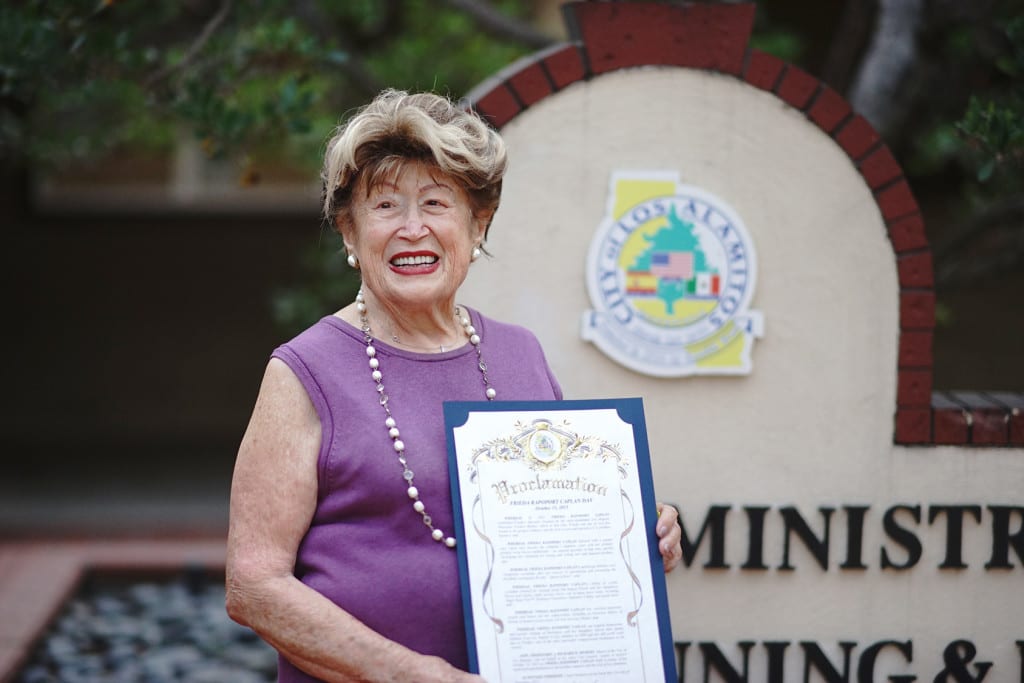 LOS ALAMITOS, CA (September 2015) – The city of Los Alamitos, California, has proclaimed October 15, 2015, as “Frieda Rapoport Caplan Day,” to celebrate the accomplishment of its longtime resident, the founder of Frieda’s Specialty Produce.

Mayor Richard Murphy presented Caplan with the proclamation at the September 21 city council meeting, noting Caplan’s “hard work and dedication to the produce industry and the city of Los Alamitos.”

“One of the nice things is that three of our clients have their stores in Los Alamitos – Ralphs, Sprouts, and Vons-Safeway,” says Caplan. “Do not forget to look for your exotic fruits and vegetables!”

To commemorate the occasion, the Los Alamitos City Council will host a free public screening of Fear No Fruit, the Frieda Caplan documentary, on Thursday, October 15, at the Los Alamitos Community Center. Caplan, along with daughters Karen Caplan, President and CEO of Frieda’s Specialty Produce, and Jackie Caplan Wiggins, Vice-president and COO, will be present for a post-screening meet and greet with the local community.

“[Caplan] is such a champion in her industry, you would not know the things she had done until you come and see the movie,” says Council Member Warren Kusumoto.

A resident of the small northern Orange County city since 1958, Caplan still lives in the same home she shared with her daughters and late husband, Al Caplan. In 1994, daughters Karen and Jackie relocated Frieda’s Specialty Produce from Los Angeles to Los Alamitos.