My Down Under Adventure

Three weeks ago, my youngest daughter, Sophia, and I took a trip to New Zealand and Melbourne, Australia. I had a conference in Melbourne to attend May 2 to 4, so to maximize that long distance, I added about 10 days of holiday time to the trip. And it was her birthday, so it was the perfect birthday gift.

We only had five days in New Zealand. The last time I was in Auckland was in 1991. The country was in a deep recession, and Auckland was quite a sleepy town. My, how times have changed! Auckland is now quite crowded, yet still very clean, and it seemed as if there was construction everywhere.

Also everywhere were these big owls! “The Big Hoot” campaign is a street art and fundraising project for New Zealand’s Child Cancer Foundation. Custom-painted owl sculptures are installed all over the city, telling unique and meaningful stories from the New Zealand community. At the end of this month, they will be displayed together one last time before being auctioned off to raise funds for the foundation.

By the way, the owl happens to be Sophia’s favorite animal!

After two days in the city, we were off to explore the north island. The most fun we had was our day trip to Hobbiton. If you are a fan of “The Lord of the Rings” or “The Hobbit” books and movies, then you will recognize these photos. This is the set where Lord of the Rings was filmed, about two hours southwest of Auckland. It was a rainy day, which made the place even more magical.

Only a four-hour puddle jump from Auckland, we landed in Melbourne, Australia. We quickly learned why Melbourne has been voted “The Most Livable City in the World” for seven straight years. The city is extremely walkable. The people are incredibly friendly. And it is refreshing that there is no tipping (gratuity), so good service is the norm!

We did a few tourist things like visit the botanical gardens and take the hop on-hop off bus around town. But my favorite thing was trying to decipher what people were saying to me.

An Australian accent is one thing, but Aussie slang is a whole other language!

After our afternoon meeting, our hostess said, “It’s time to frock up!” Frock up? Apparently, that means dress up. And then, when they were referring to other parts of the country, I heard “Tassie,” which is short for Tasmania, and “Brissie” for Brisbane.

When I got home, I did some research because I’d heard so many new words! Here are some of my favorites:

So, listen, mate. Sophia and I had a bloody good time Down Under. Our days were chockers and we didn’t get bitten by any mozzies. We were quite stuffed by the end of our 12-day trip, and I didn’t have a chance to crack onto any blokes.

Good on ya, mate! 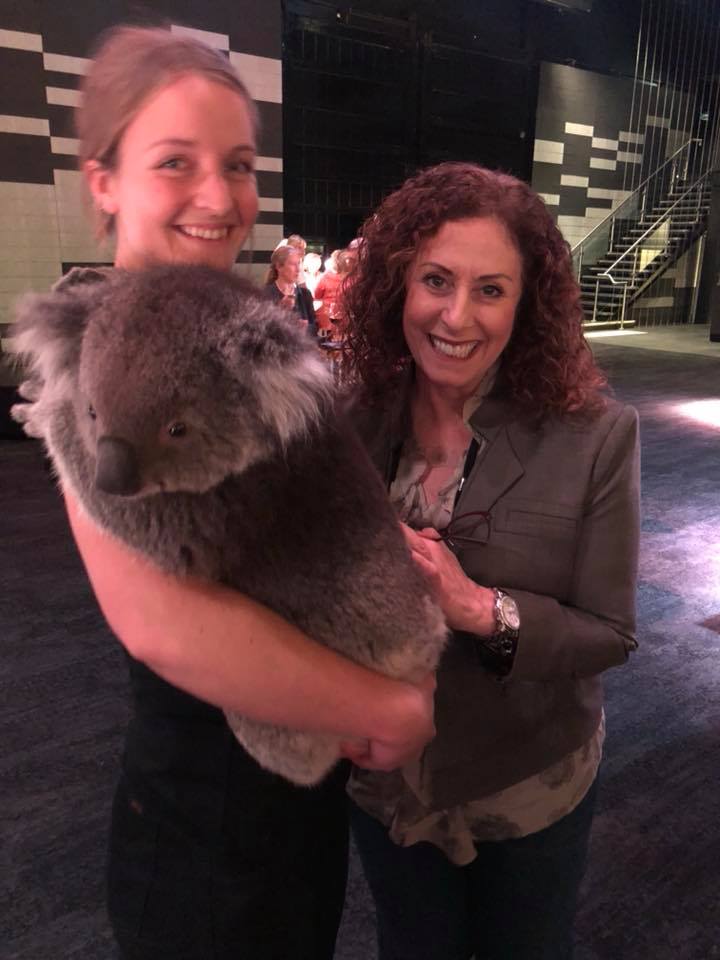