I attended a produce conference last weekend in Orlando (I know, I lead such an exciting life). Sixteen hundred of my closest produce friends and I hung out at the Disney Dolphin Resort for three days of meetings, workshops, a trade show, plus an evening gala.

When I say “my closest produce friends,” I really mean that. The unique aspect of the produce industry is that because we spend so much time together at various shows and events each year, many of us actually do become close friends.

As my daughter Alex and I were walking through the lobby, we came across two of our longtime retail clients from North Carolina.

We stopped to say hello and catch up. It wasn’t even one minute into the conversation when Dick said, “I just cannot believe how much fresh turmeric I am selling these days!” In my head, I was thinking, “His stores are in some rural areas of North and South Carolina; I wonder how much turmeric is ‘a lot?’” So I asked him to tell us more.

As it turns out, it started with one store in coastal North Carolina. They kept ordering so much turmeric that his warehouse could not keep it in stock.

Like me, Dick was curious why the sudden surge in demand. He found out there is a popular recipe for an elixir featuring Bragg’s Apple Cider Vinegar, fresh turmeric, lemon juice, and honey that is circulating and that’s why his stores can’t keep it in stock.

With the help of Google, here is the recipe. And here’s another one. 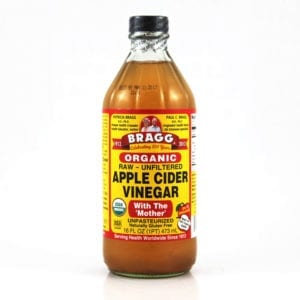 I told Dick that turmeric has been a trending ingredient for two years due to its anti-inflammatory properties. We have also noticed on a national basis the surge in sales of both fresh turmeric and fresh ginger, as more people are discovering these roots to make their own teas, tonics and juices. 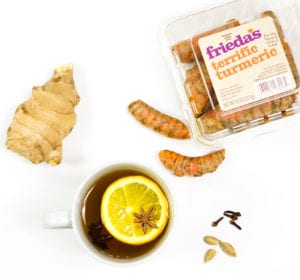 It was quite exciting to see that consumer demand coming from the coastal region of North Carolina. Most of us think that trendy foods are more popular in big metropolitan cities, like New York, Chicago, and Los Angeles. I guess, as people retire or want a more relaxed lifestyle, they are taking their eating and shopping habits to places like North Carolina (where several of my friends have now moved).

That’s exciting news. Because that means more and more stores across the country will be offering their shoppers all those hard-to-find ingredients. And if you’re one of those people who have moved to a new area, don’t be afraid to ask your produce manager to order any fruits and veggies you are looking for which aren’t on display. Otherwise, your produce manager will not know that you—and others—want them!

P.S. My team and I had a little fun at this produce conference. The theme was “The Magic of Produce” and we dressed in the theme of “Frieda’s School of Purple Magic”…à la Harry Potter. 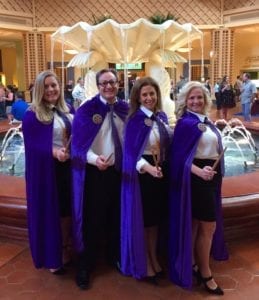