Produce in the Park: Minneapolis Movies in the Parks to feature ‘Fear No Fruit’ 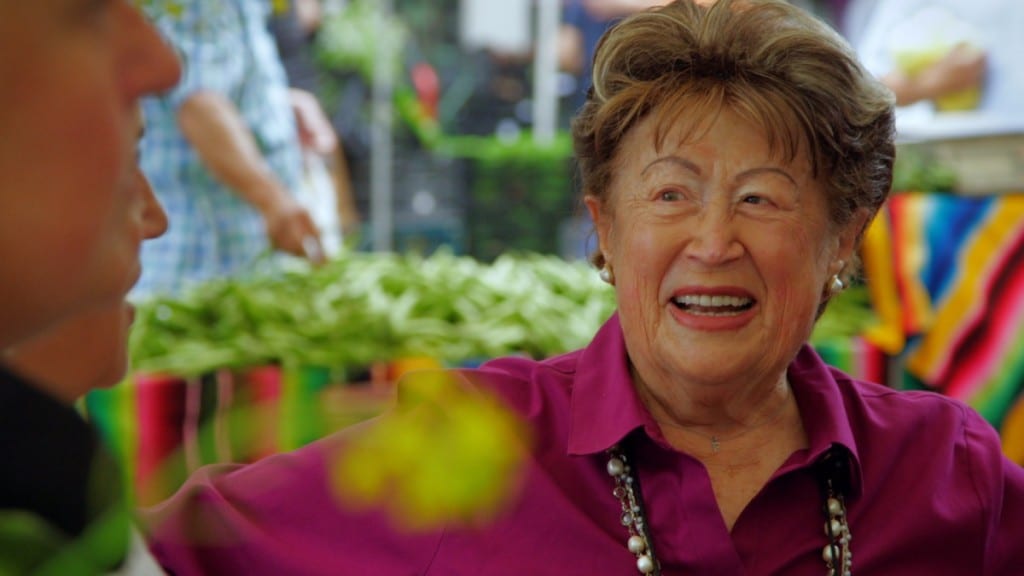 LOS ALAMITOS, CA (August 2016) – Minneapolis Park and Recreation Board will screen “Fear No Fruit,” the Frieda Caplan documentary, during its Movies in the Parks series. The screening is scheduled for Saturday, August 20, at the J.D. Rivers Children’s Garden in Theodore Wirth Park. Start time is 15 minutes after sunset, or about 8:30 p.m.

The park board encourages people to bring a new fruit or “fruit that scares you” to eat as a part of the movie experience.

The Movies in the Park series runs each year from June through August with recent blockbusters as well as Hollywood classics. “Fear No Fruit,” “He Named Me Malala,” and “Batkid Begins” are the three documentaries in the lineup.

Directed by Mark Brian Smith, “Fear No Fruit” chronicles the life of Dr. Frieda Rapoport Caplan, the first woman entrepreneur on the Los Angeles Wholesale Produce Market in the 1960s. While the film focuses on the life and career of the produce icon, founder of Frieda’s Specialty Produce, it also features interviews with other industry power players like Rick and Tonya Antle of Tanimura & Antle, Dick Spezzano (formerly of Vons), The Supermarket Guru Phil Lempert, and David Karp, The Fruit Detective. The storyline touches on California agriculture along with the state’s current water crisis and its impact beyond agriculture.

“Fear No Fruit” was an official selection at the San Luis Obispo, Newport Beach, Carmel International, and Sedona International film festivals. The documentary is now available on DVD on Amazon, Barnes & Noble, Best Buy, and Kino Lorber, and as a Netflix DVD rental. Streaming and digital downloads are also available on iTunes, Google Play, Amazon Instant Video, Xbox Video, Vudu, and Vimeo on Demand. Additionally, the film is available for educational and community screenings via Kino Lorber EDU.