I created my bucket list about 10 years ago. It has over 50 items on it. A lot of travel is on that list.

So, when my longtime friend, Paula Lambert, founder of the Mozzarella Company in Dallas, invited me to join her on a seven-day culinary tour of Tuscany, I had to pause. I asked myself, “What am I waiting for?” I checked my calendar and found that the end of September fit my schedule perfectly. I took a deep breath and mailed her a deposit check. That was almost a year ago.

Because of my busy work life, I didn’t give it a lot of thought until a few weeks before I left. It turned out I would be traveling with eight other people; I would only know my travel guide Paula. I decided to extend my stay in the Florence area to meet up with close friends who would be there. And I found a friend to help me plan what to pack.

After seven days with complete strangers, two days with friends, and five days alone, I reflected on the trip while flying home. One thing I discovered, somewhat unexpectedly, is that it’s not that hard to travel alone. I do it all the time for business. Turns out it was quite fun to be on my own. I could set my own pace and it allowed me to meet some interesting strangers, who are now friends! And although I used to be one of those people who travel at an aggressive pace—you know, like five countries in six days—I now have a new philosophy on travel: Go deep into an area to get to know the people, the food, the environs, and the culture.

Here are some of the lessons I learned while in Tuscany:

It’s been two weeks since I returned, yet the slower pace of Tuscany is still with me. I’ve noticed that I am not so impatient when I am waiting in a supermarket line. I take the L.A. traffic in stride. And when I dine with friends, I am not anxiously awaiting our next course or our check; last night, dinner with three friends lasted four hours.

Although I was ready to come home after two weeks in Tuscany, I am already thinking about my next trip. Perhaps Sicily or Sardinia?

Los Alamitos, CA – (October 2018) – The Ball Design booth at the PMA Fresh Summit 2018 will take a unique approach to the company’s newly minted tradition of featuring an oil-painting portrait demonstration in the booth. This year the portrait will honor produce trailblazer Dr. Frieda Rapoport Caplan in celebration of her 95th birthday. 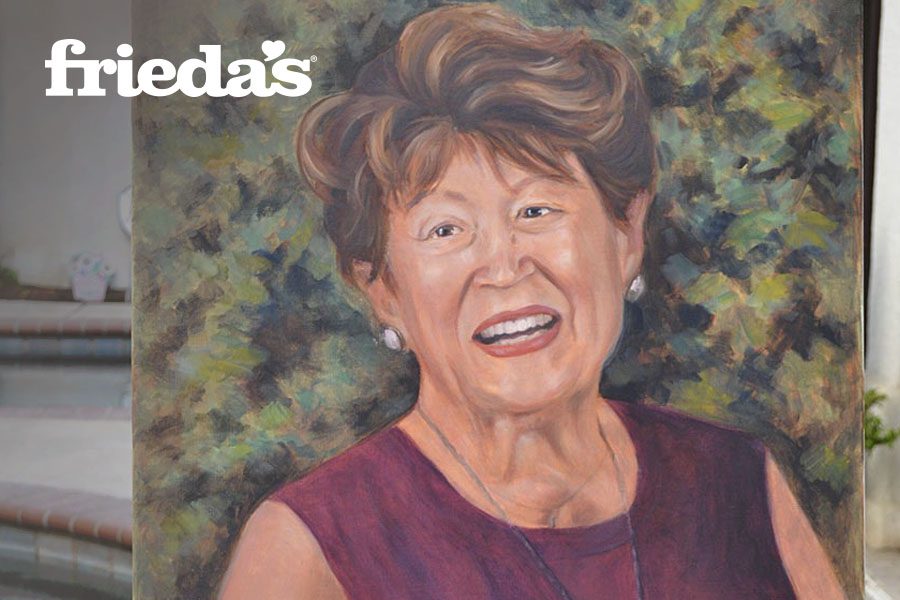 “At the time of deciding who I was going to feature for our oil-painting demonstration, we were blessed to receive a press announcement regarding Frieda Caplan’s 95th birthday,” said John Ball, owner of Ball Design. “It was an instant realization of who better to feature than a true icon of the produce industry, Frieda Rapoport Caplan. Frieda’s famous captivating smile and the twinkle in her eye made the decision all the more easier.”

The portrait subject matter has typically been of farmers or husband-and-wife pairings. “It is a nice change to use a woman as subject matter instead of all of the old guys that we have done in the past,” said Ball. “This will be our first woman-only portrait.”

The subject of the 2015 documentary film “Fear No Fruit,” Frieda was the first woman in the U.S. to own and operate a produce company on the all-male Los Angeles Wholesale Produce Market. She started with unusual and new-to-market specialties, including the successful introduction of kiwifruit to the American market in 1962. Frieda and her company would go on to inspire new food experiences for chefs and home cooks by introducing more than 200 exotic fruits and vegetables to American consumers over the years. Just a few are Sunchokes®, dragon fruit, habanero peppers, jicama, and Stokes Purple® sweet potatoes.

Ball Design partnered with Legacy Ranch Heirloom Portraiture to showcase the 24-by-30-inch portrait at the trade show. Nic Lacovetti is the artist. The painting demonstration of Frieda’s portrait can be seen in the Ball Design booth (#637) at the 2018 PMA Fresh Summit in Orlando.

Legacy Ranch specializes in fine portrait oil paintings of beloved patriarchs, matriarchs, and leaders in the produce and food industries, both past and present.

Ball Design, based in Fresno, California, has been a leader in produce and food marketing design for over 30 years.