These tropical fruits are at peak freshness and flavor

“Based on customer requests, we developed these clamshells to extend the shelf life and make both lychee and rambutan easier to merchandise. To maximize shelf life, both of these fruits should be refrigerated and the clamshells make that easy,” said Karen Caplan, President and CEO of Frieda’s Specialty Produce.

“Our bright, new branding and fun labels for ‘Luscious Lychee’ and ‘Rockin’ Rambutan’ will attract shoppers as well as help them identify the often-confused fruits.”

Last week, I took a trip to Cleveland to attend the Alpha Phi International Convention. (I just missed the 1.3 million people celebrating at the Cleveland Cavaliers victory parade.) My eldest daughter Alex was president of her Alpha Phi sorority when she attended George Mason University in Virginia and her sorority advisor, Jackee, invited us to the convention. Jackee watched Fear No Fruit, the documentary film made last year about my mother Frieda and our family business. She thought it would be inspiring to show the movie at the convention so that more than 500 Alpha Phi members and alumnae could learn about our story. And they wanted Alex and me there for a Q&A session after the screening.

It was so much fun to see the documentary again on the big screen. And it was interesting to hear the audience’s questions. First, we were asked about programs to give children and the poor access to more fresh produce. We were able to talk about the Let’s Move Salad Bars to Schools program, plus how the enormous national network of food banks across the country provides access to fresh produce to so many people.

Alex was asked if she has been able to apply any leadership lessons she learned as an Alpha Phi now that she is in the business world. (The answer was yes!)

But my favorite part was the time I spent in the Hall of Fame Inductee Gallery, which is a circular theater with three large screens featuring film clips from every artist or group that has been inducted into the Hall of Fame since 1986. There are 312 solo musicians and bands who are Hall of Fame inductees for a total of 749 people and 113 groups. They’ve been added to the prestigious roster in 30 separate induction ceremonies to date.

As Alex and I sat in the gallery, it was interesting to see whom each of us recognized. We learned that an artist cannot be inducted until the 25th anniversary of their first song, which explains why KISS was inducted in 2014, Neil Diamond in 2011, and The Beatles in 1988 (Paul, George, John, and Ringo were also inducted separately in later years).

One of the 2016 inductees, the rap group NWA, caught my attention. I really didn’t appreciate the art of rap music until I saw “Straight Outta Compton” last month. After seeing this movie, I have to say I was inspired and have a new appreciation for rap music, the genesis of the genre, and the stories behind all the great artists.

If you’ve seen the movie, you know the story behind the famous and very popular headphones, Beats by Dre. What an amazing American success story. If you haven’t yet seen the movie, I highly recommend it.

And, if you have a chance to go to Cleveland, I also recommend an afternoon at the Rock and Roll Hall of Fame. It offers something for everyone to see and hear. 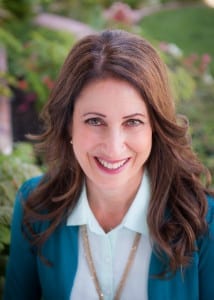 LOS ALAMITOS, CA (June 2016) – Frieda’s Specialty Produce Vice President and COO Jackie Caplan Wiggins was honored by the Long Beach Cancer League, a fundraising auxiliary of the American Cancer Society, during its 41st annual gala on June 4, 2016, along with nine others from the greater Long Beach area in California.

Wiggins was recognized for her contribution to furthering the work of the American Cancer Society in her hometown.

A recent breast cancer survivor, Wiggins is a mentor to other women in various stages of their diagnosis. “When I was first diagnosed with cancer, I didn’t understand the importance of sharing one’s story,” says Wiggins. “But after I was diagnosed and sent out emails letting people know, it was a real epiphany for me. Sharing your story is not only helpful to others, but is also healing.”

In 2012 Wiggins appeared on the daytime CBS show, “The Doctors,” sharing her story of surviving breast cancer. Wiggins was also selected to represent the face of the TeamSpirit campaign for Long Beach Memorial Hospital in 2012 and is a regular participant in the TeamSpirit Breast and Ovarian Cancer 10K walk. Through the support of friends in the produce industry, Wiggins has raised more than $50,000 for the Long Beach Memorial Medical Center.

About the Long Beach Cancer League & the American Cancer Society

A fundraising auxiliary of the American Cancer Society, the Long Beach Cancer League raises funds to support the American Cancer Society’s cutting-edge research programs. Founded in 1913, the American Cancer Society is the most experienced and largest nonprofit cancer-fighting organization in the world. It consists of a national home office, located in Atlanta, Georgia, and chartered divisions throughout the country comprised of more than 3,400 community offices. More than 2 million society volunteers work to conquer cancer. All services and programs are free to the public. Information can be found 24 hours a day at www.cancer.org or 1-800-227-2345.

Many of us, when we hear the word “hack,” think of someone breaking into our computer system, i.e., a hacker. Or, if you’re from New York City, you might think of a taxi cab driver, sometimes called a hack (short for an old English “hackney cab”).

But I’ve noticed that the word hack is being used more and more, and it’s not about computers or taxis.

So of course I checked out the Urban Dictionary for some “answers.”

A person who is a professional at doing some sort of service, but does crappy work.
“Man, that tattoo shop is full of hacks.”

A political appointed flunky who either doesn’t want to work or who is so stupid they can’t work.
“That new Assistant Commissioner Martha appointed is a real hack.”

But the definition I was looking for is this one:

A clever solution to a tricky problem.
“To hack is to modify or change something in an extraordinary way.”

In the cooking world, we are all looking for shortcuts or cooking tips. When I asked some of my foodie friends at work for their favorite hack resources, they were quick to share their faves.

Want some kitchen hacks to save time? Greatist.com has 73 kitchen hacks. My favorite on this list is number 15, for peeling bananas upside down. I wrote a blog about that a few years ago.

Want some recipe hacks to make you look like a genius home chef? Check out these cooking tips from Food & Wine Test Kitchen whiz Justin Chapple. He has many YouTube videos with some awesome recipe ideas.

Of course hacks aren’t just about cooking. It can be any little tip or trick to make life easier. I like the idea of taking a photo of someone’s business card in case I lose it.

It’s interesting how the definition of a word can change over time. Another example is “sick,” as in the slang phrase, “That’s sick.” I remember the first time one of my daughters said “that’s sick” to me. And it turned out to be a compliment. Yes, folks, when someone says “that’s sick,” it’s a good thing. As in, “That new restaurant I went to last night is sick.”

Times, they are a changin’.

“We’re super excited to return to exhibit at United Fresh this year,” said Karen Caplan, president and CEO of Frieda’s Specialty Produce. “We’d love to chat with our retail, wholesale, and foodservice friends about how our new packaging and brand can increase retail sell-through and profits.”

Frieda’s will feature its fresh and fun, visually impactful branding and its lines of specialty fruits, vegetables, and complementary products that are sure to inspire new food experiences for friends, families, and food lovers everywhere.

“And of course, you’ll need to power up with a sample of our antioxidant-packed Purple Power Breakfast Bowl before you walk the rest of the show!” added Caplan.

No, that is not a typo. Bibimbap (pronounced bi-bim-bahp) is a Korean comfort food dish—in a bowl—and it’s very trendy right now. You probably know what it is, but not by name (unless you are into Korean food or are a foodie).

Bibimbap is basically a hot rice bowl topped with a combination of colorful sautéed vegetables and a Korean hot pepper paste called gochujang. It also may be topped with a raw or fried egg and sliced, cooked meat.

To be honest, up until a year ago, I had never heard of bibimbap, but I had noticed that one bowl meals were becoming popular. Last July, I attended an industry foodservice trade show, and one of the speakers, Chef Jet Tila, mentioned bibimbap as a trending food item. And for me, once I hear about a new food or trend, I start to research it and pay attention to blogs, magazines, and other content providers. And sure enough, bibimbap was showing up everywhere.

One reason these Korean-style rice bowls are becoming more mainstream might be because they can be easily adapted to be gluten-free (using gluten-free gochujang) or vegan (by omitting the egg and meat). And with the rise in popularity of Asian cuisines, especially Korean food, bibimbap was a natural.

My creative team here at work recently had fun putting together a Frieda’s spin on bibimbap using finely chopped purple cauliflower as the “rice” (by the way, cauliflower “rice” is another food trend) topped with sautéed purple kohlrabi and other veggies. Check out our 30-second “Quick Bite” video.

Speaking of bowls, anything in a bowl seems pretty popular lately. Have you tried a smoothie bowl yet? Smoothie chains like Jamba Juice and Nekter now sell acai (pronounce Ah-sigh-EE) and pitaya bowls (both are considered super fruits). These bowls are basically puréed, frozen fruit as the base, topped with granola and other tasty fruits and nuts. And maybe a dollop of Greek yogurt.

Our blogger friend Kimberly just made a gorgeous bowl with dragon fruit and gold kiwifruit.

And then there are rice bowls, quinoa bowls—you get the idea. We used to call them “one-dish meals”… Change the name and you have a new food trend. Bam!

When I mentioned I planned to write about bibimbap, my co-worker told me a funny story. The first time she heard the word bibimbap was from her newborn son’s talking plush toy. Toy company LeapFrog has this stuffed dog named Scout that you connect to the Internet via a USB port and you can program the toy to say your child’s name, and pick out your child’s favorite color, animal, songs, and even his favorite food. One of the choices for Scout’s favorite foods was bibimbap, so my co-worker chose that option only because the word was so funny sounding and it made everyone chuckle. Scout was on to something, though.

When I came into work on Monday, I guess I shouldn’t have been surprised to see this email from local healthy food chain Veggie Grill. Here is my friend Chef Jet Tila, talking about… you guessed it: bibimbap.

And now you know! Happy eating!