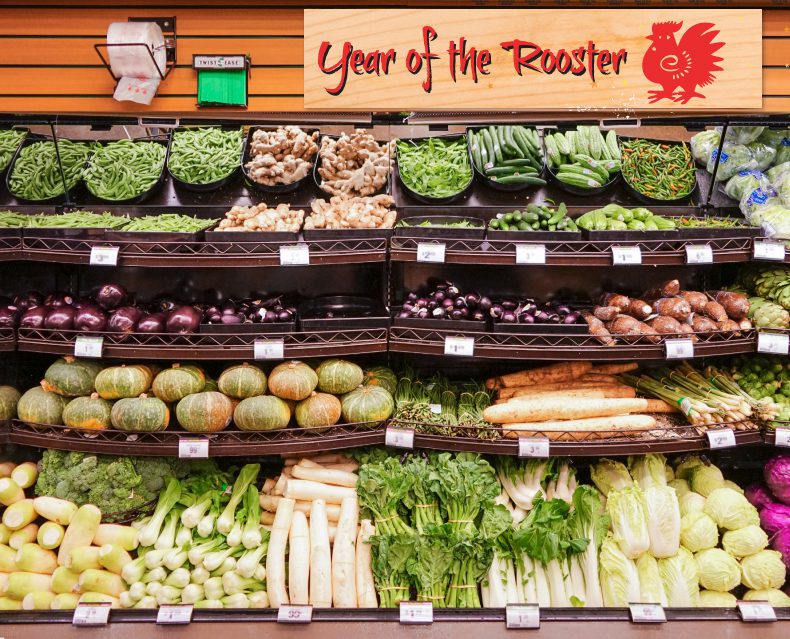 LOS ALAMITOS, CA (December 2016) — Retailers should take advantage of Chinese New Year promotions not only to offset winter sales slump, but also to build relationships with Asian-American shoppers, the fastest-growing population segment in the U.S.

Chinese New Year (also known as “Lunar New Year” or “Spring Festival”) is one of the biggest food holidays of the year. In 2017 it will begin on January 28. The holiday is celebrated in communities worldwide and goes on for 15 days. Fresh produce, meat, and seafood are the focus of holiday feasts.

“Asian-Americans are the fastest growing population with significant buying power and Asians of Chinese ancestry represent about 20 percent of the group,” said Karen Caplan, President and CEO of Frieda’s Specialty Produce. “A Chinese New Year promotion is the opportunity for retailers to serve the Asian-American community, so retailers must have these traditional ingredients in store to attract Asian-American shoppers. Working with seafood, meat, and floral departments on Chinese New Year promotions will further boost sales.”

For over 43 years, Frieda’s has inspired retailers on their Chinese New Year display programs. Call a Frieda’s account manager to start planning today.