Cater to Lent-Observing Shoppers with Fresh Produce and Meat Substitutes

Los Alamitos, CA – (February 2018) – The start of Lent on Ash Wednesday coincides with Valentine’s Day this year for the first time in 73 years. While some shoppers will be reaching for chocolates and filet mignon on February 14, Lent-observing shoppers will give up other food indulgences during this 40-day period. It’s a great opportunity to promote a variety of healthy and wholesome fresh produce to fill up their baskets.

Twenty-six percent of Americans observe Lent and abstain from meat on Fridays when they traditionally enjoy seafood from Ash Wednesday through Thursday, March 29. Some go meatless the entire time.

“Produce departments should capitalize on the shift in shopping behavior by stocking up on a wide variety of fresh produce and meat substitutes during this time,” said Alex Jackson Berkley, assistant sales manager at Frieda’s Specialty Produce. “One of our largest retail clients, with a significant Hispanic shopping base in its region, promotes Frieda’s Soyrizo™ for the entire Lent period.

“With the majority of the Hispanic community observing Lent, it is important that retailers are also ready with Latin produce,” said Berkley. 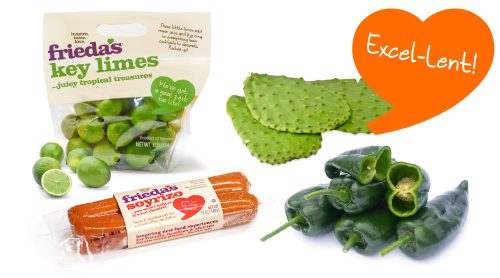